Kant's vision of international order is characterized by a contradiction between a claim of reason, urging us to realize the conditions of a global peace, and the real fact of the diverging interests of nation-states, which limits the possibilities of international order to a mere confederation of sovereign political communities. Among the different ways to deal with this contradiction, the essay considers the "supranationality theory" as the most influential theory which gives to European integration the fundamental function of potentially leading to an international order. However, the model of European supranationality can only stand for a pattern of continental or sub-continental integration. The only possibility of preserving Kant's moral and political legacy concerning the ideal of a "perpetual peace" in an inclusive sense will lead, therefore, in a reforming Kant's individualistic paradigm in order to carry on his moral and political message while overcoming his contradictions. This is the aim of the most interesting recent attempts to draw up a perspective of international order as a system of peace, rule of (international) law, justice and respect for human rights. 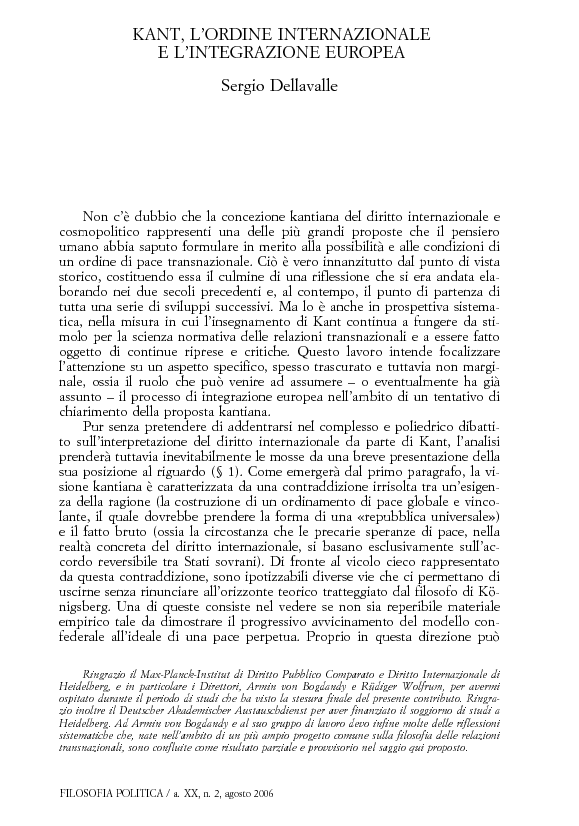