The Author analyzes the Thomist reflections upon the divine institution of the mixed regime of monarchy, aristocracy and democracy. The author individuates a certain ambiguity as to the role of the virtuous-aristocratic element, namely that 'medium' that should hinder the predominance of the two extremes. In particular, Tolomeo da Lucca proposes a strict link between the city and the political regime, defined as 'dominium plurium'. Differently from the regal regime, it is by virtue of a continuous rotation of offices that this form of government depends upon the multitude. This latter, nevertheless, does not exercise government. The constitution, namely the togetherness of the urban constituencies, comes to an equilibrium thanks to the juxtaposition of the different offices and their mutual adaptation. 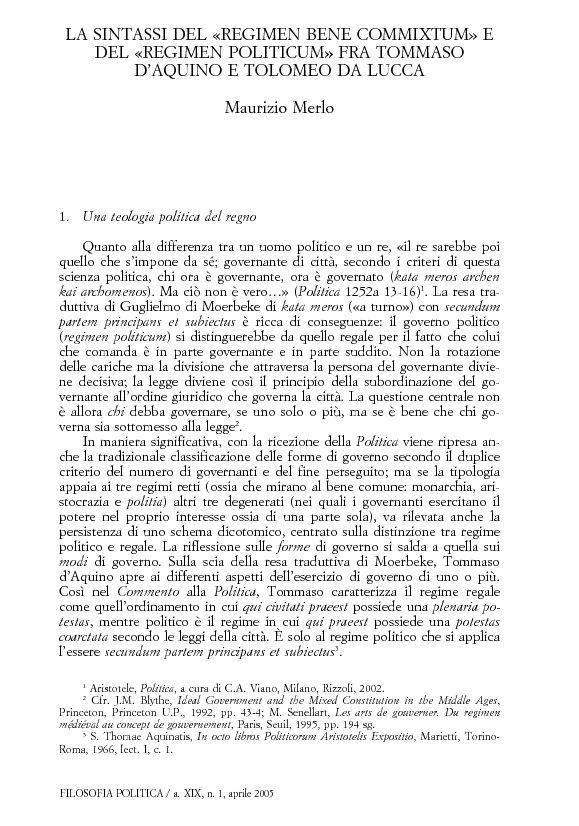