In spite of it most frequent use, the concept of Populism finds it difficult to acquire a univocal definition among scholars. Some propose to consider Populism an ideology, others reduce it to a mere political style, or else see it as the expression of a certain mentality. Moreover, it is not easy to find one's way among the different meanings of the word 'people', used by populists themselves: 'demos' or 'ethnos'? Common people, wretched, members of the same national community? There is still an unsolved problem related to the relations between populism and democracy: is populism a pathological corruption of democracy, its inseparable shadow or an alternative to it? By tracing the guidelines of an intellectual debate which has been going on for more than forty years, the essay reaffirms the importance of a concept that is less ambiguous than it appears. 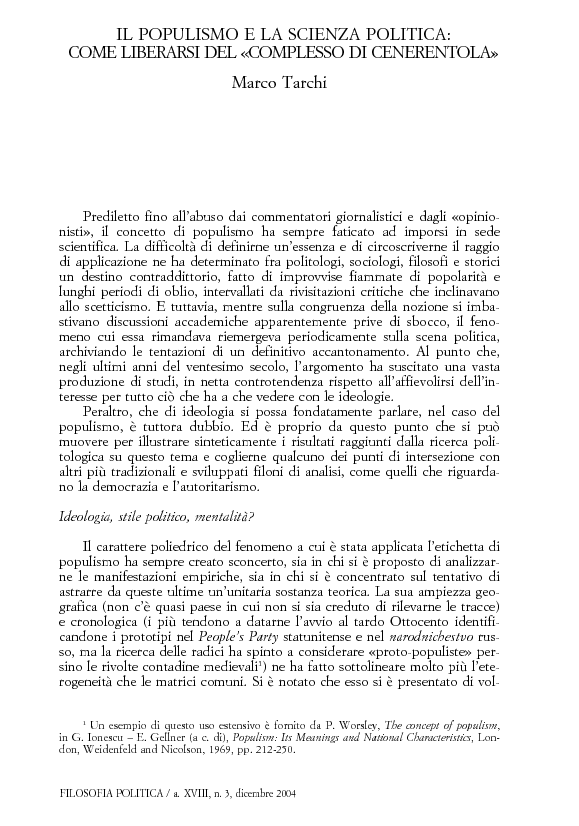