The author describes the concrete instances in which pope Gregory VIII used the terms "auctoritas" and "potestas" in order to coherently found papal monarchy - albeit its incomplete juridical foundation. Neither Gregory VIII nor his immediate successors shaped the pontifical primacy as sovereignty. Nevertheless, the expression "plenitudo potestatis", which, during the early middle ages began to establish itself, acquiring a juridical significance, can be considered close to the concept of sovereignty. The assertion of national democracies, which advocated for themselves the "plenitudo potestatis", caused the decline of both Papacy and its great rival, Empire, as well as the crisis of a unitary system of world rule, based on the differences between ecclesiastical power and secular power, but also on their mutual integration. 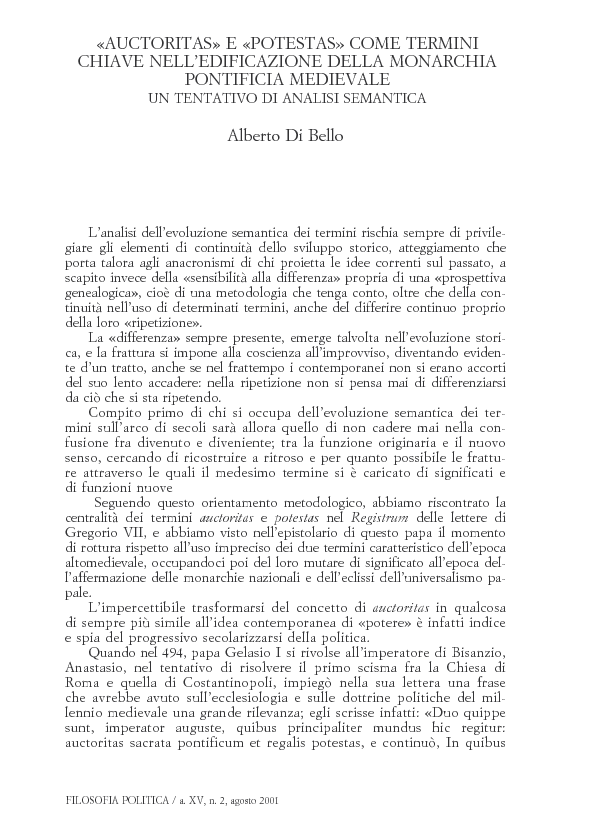