Human rights present a twofold peculiarity: on one side, as moral norms, they have a universal value and can be applied to all individuals as men; on the other side, as judicial rules, their claim of validity is on the contrary grounded on istitutionalized forms of belonging to a concrete juridical community. Following the doctrine of juridical universalism, the communication and market globalisation promotes the development, at overnational level, of those relations between law and democracy which have allowed, at least in the States of our emisphere, the attribution of the specific form of subjective rights, that is specifically judicial nature rights, to human rights. But the nonexistence of a cosmopolitical solidarity, deriving from the absence of a world civil society, prevents the universal consent on human rights, from representing an equivalent of the civic solidarity born in national ambit. For these reasons, a concrete policy of human rights could grant a cosmopolitical cohesion of mankind only in a negative sense, that is grounding itself on the negative idea of eliminating discrimination or suffering. 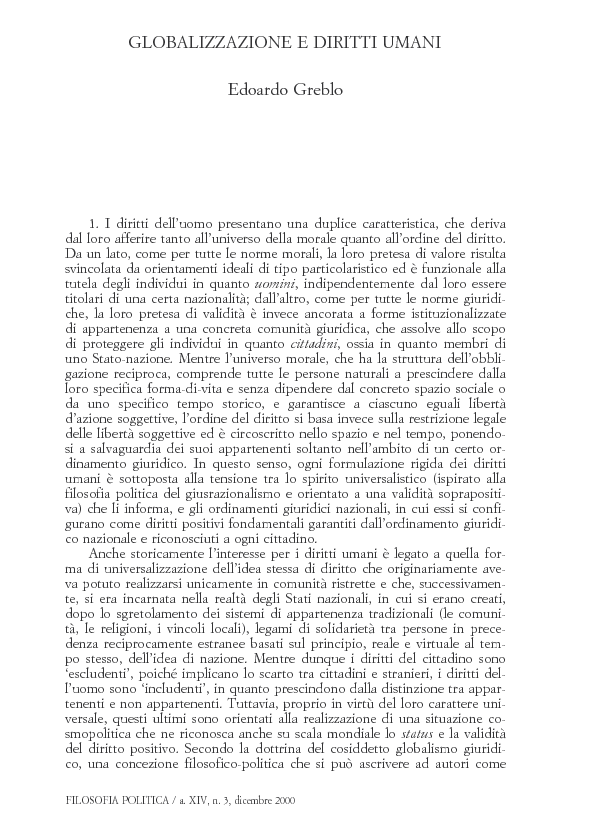