The article takes as its starting point the persistence (albeit discontinuous) over the centuries of the question posed in the mid-1500s by Étienne de La Boétie about the reasons why men voluntarily submit to the rule of one. In particular, the thesis, shared by many scholars, that we are dealing with an enigma formulated by a brilliant but isolated thinker, who therefore had little impact on the political thought of his time, is questioned. Taking into account the work of two important political authors of early modernity such as Machiavelli and Spinoza, an attempt will instead be made to show how the problem of voluntary servitude is also present in their thought, to the point that it constitutes a relevant moment in the development of modern political anthropology, if not of the entire conceptual constellation of political modernity. 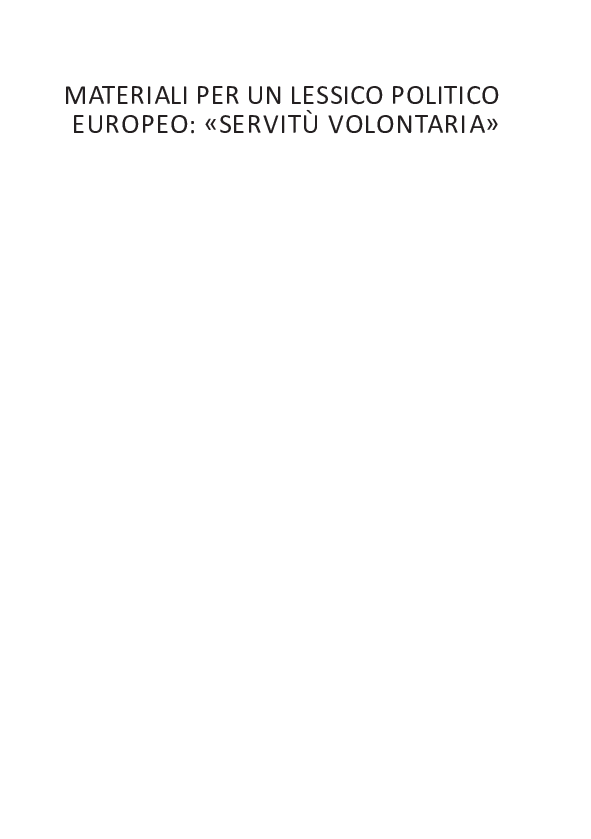