In Geschichte und Klassenbewusstsein Lukács presents a conception of reification which – starting from Marx’s texts defines an overall interpretation of capitalist modernity that revolves around the problems of rationalization and atomization. Compared to Marx, Lukács shifts the theme of work to the background and puts the structure of fetishism at the center of his analysis: reification is the phenomenon by which human relations lose their historical-social essence and present themselves as relations between things with eternal and immutable character. After Lukács the concept of reification was discussed by numerous authors (Adorno, Sartre, Marcuse, Lucien Goldmann, Berger / Luckmann, Axel Honneth etc.). But, in reality, the concept of reification has substantially disappeared from the philosophical-political and sociological debate, although it is useful for understanding some specific traits of post-Fordist capitalism, such as the phenomena of naturalization, fascination and individualization: Lukács’s theory of reification offers an important contribution to reflect on these issues. 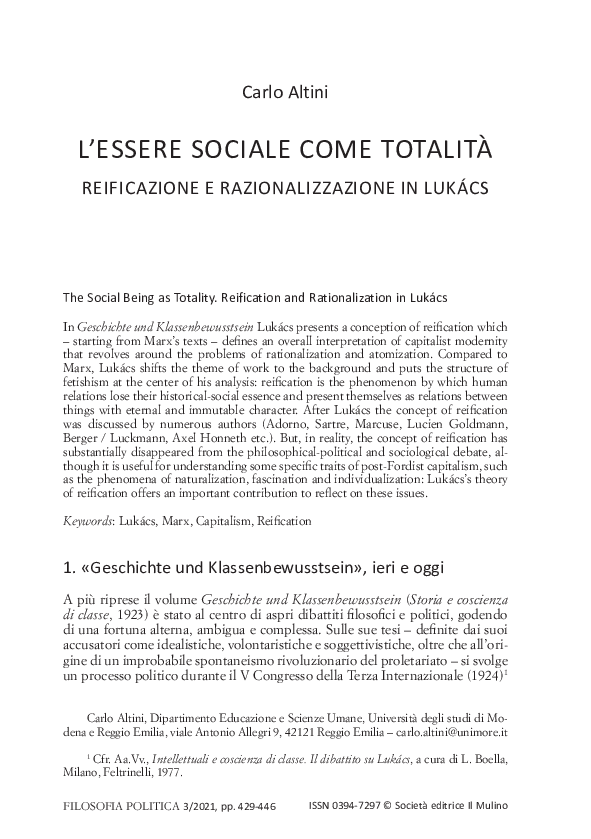