According to a long-standing legal tradition, culpability can be attributed to the perpetrator of a criminal action only if a corresponding criminal intention was present in that agent at the moment in which that agent committed the action. As is well known, however, this is not a way of determining a sufficient condition of culpability but only (with some provisos) a necessary condition. In this article, I analyse two issues – widely debated by philosophers and cognitive psychologists, but not very much by legal scholars – that make this discussion much more complex: the question of the so-called “deviant causal chainsµ and the thesis, often repeated today by philosophers and scientists, that the conscious mind is epiphenomenal. 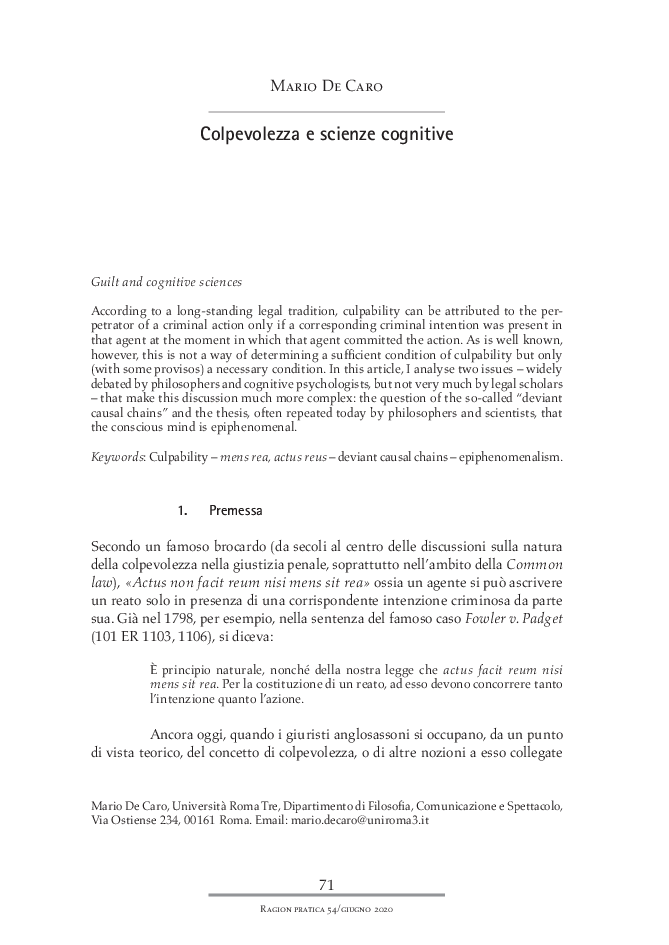