The long-term consequences of the euro and sovereign debt crisis, almost ten years on, have shown how deep-rooted is the conflict between welfare aspirations, expectations of national political autonomy, and the limits that the economic and political construction of the euro poses to stability and recovery. As a result, a clash between “sovranistµ feelings and European policies (in some cases: authorities) has erupted, in particular as regards the rules that bind member states to the Economic and Monetary Union. Philosophers have only timidly addressed such issues, which include the task of clarifying what economic sovereignty actually is, how it is exercised in the European context, and how the peculiarity of the latter affects legitimate expectations of political freedom and economic fairness. The article aims to contribute to filling this gap in that it delineates the legitimacy conditions of the EMU with respect to the liberal principles of democratic sovereignty, political autonomy, and fairness. 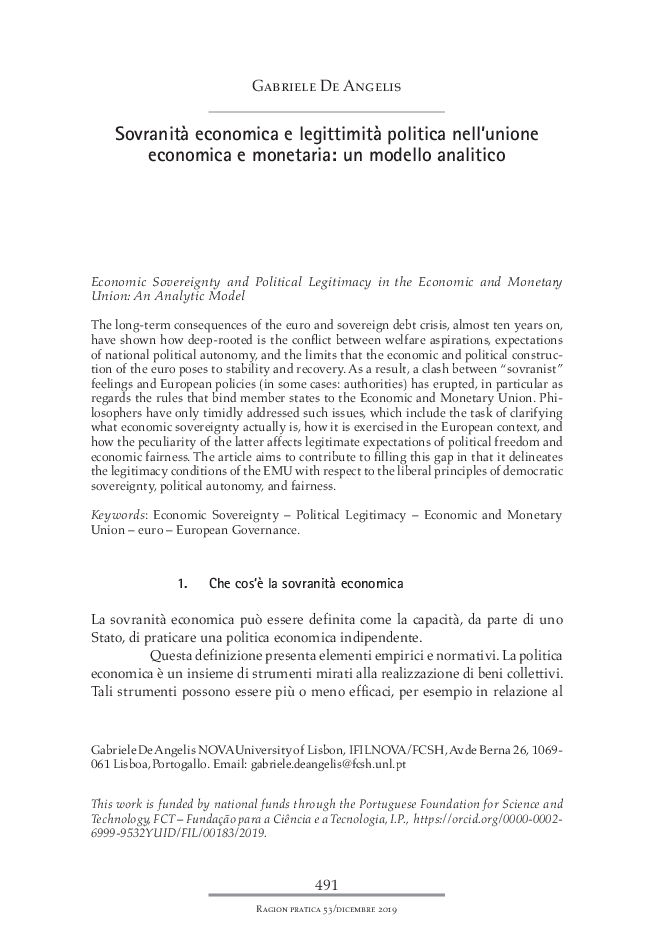