Over the last years, security has become a key issue in Italy. Within the framework of security, the identification of individuals plays a strategic and ambiguous role. Identifying the people who live in the national territory means, on the one hand, knowing who they are and recognising their presence and their rights, and on the other hand, selecting those who are considered undeserving and dangerous, in order to exclude them from benefits and deny their right to stay. The current Minister of the Interior, Matteo Salvini, is strongly focused on identification, specifically of Roma people. He avoids speaking explicitly of keeping a file on the individuals who belong to this social group, instead of declaring his desire to socially and culturally integrate them. To this end, Salvini resorts to the apparently aseptic language of demography. However, by invoking technical devices such as census and civil registry, he aims to control specific categories of people and, within the whole population, identify the «good» people and the «bad» ones. 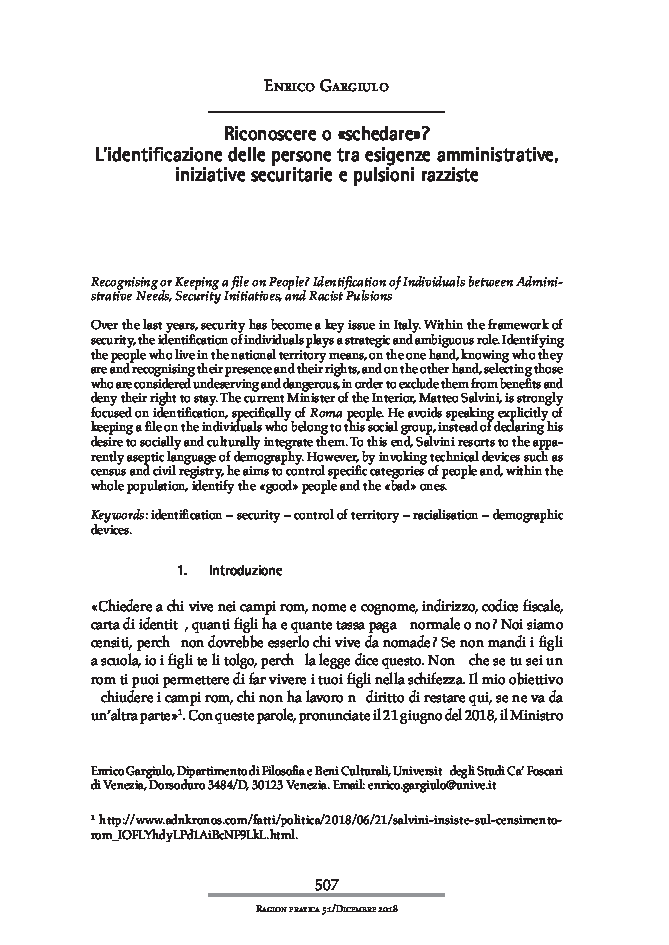