The prohibition of torture considered an absolute rule has been the cornerstone of modernity in law. After the Enlightenment critique and rejection, the question was held as settled forever and cruelty definitively banned from the precinct of law. No serious attempt was done to reintroduce torture as legitimate. The Pandora's box of degradation and torment in the law was in principle sealed. This at least until very recently. In the aftermath of September 11 attacks in New York, however, the moral climate suddenly changed and we have faced several attempts to legalize torture and to accept it as a possible means for public security policies. We have also faced a substantive number of responses that were all more or less torture friendly. Different arguments were produced, morally and legally. Especially four main strategies are used to affirm torture as possible part of positive law, basing on redefinition, analogy, gaps in the law, and principles weighing. The article deals with this story and each of those strategies. It also tries to elucidate the usual more or less hidden assumption of torture friendly approaches, that there might be moral monstrous situations or beings that to be fought require and justify torture. A short conclusion will hint at the legal theory that lurks behind the proposed relegalization of torture. 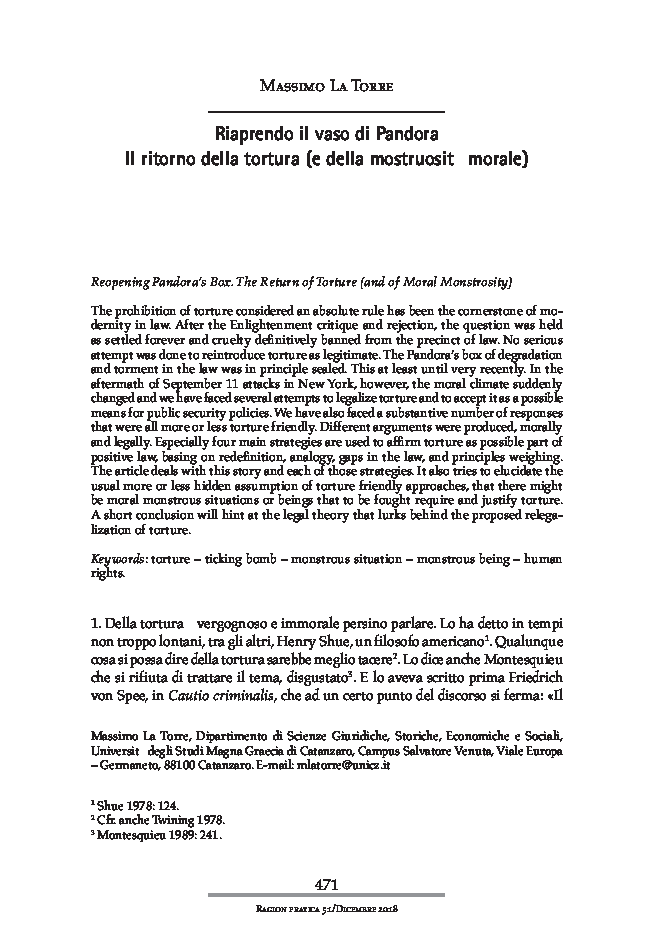