The world is traversed by walls, by borders of physical and psychological nature, which deny any solidarity. Is, perhaps, the solution in a hypothetical freedom "from" borders? Yet, a boundary is only the symbolic line along which politics produces and reproduces the security of a group, giving it the opportunity to grow and change and, therefore, to establish relationships with other groups without fear. In this sense, it is the opposite of a wall: one closes and contains, the other opens. The disappearance of politics, replaced by the ideology and praxis of neoliberal technocracy, has produced the fading of borders and, thus, the rise of or at least the perception of insecurity. The populist political offer emerges from this situation; and presents itself as an alternative to "old politics", one that promises security by resorting to the archaic instrument of the production of enemies, both internal and external (immigrants). Having become hegemonic, this narrative of fear and hatred increasingly makes legitimate the reduction of boundaries to walls in the eyes of voters. 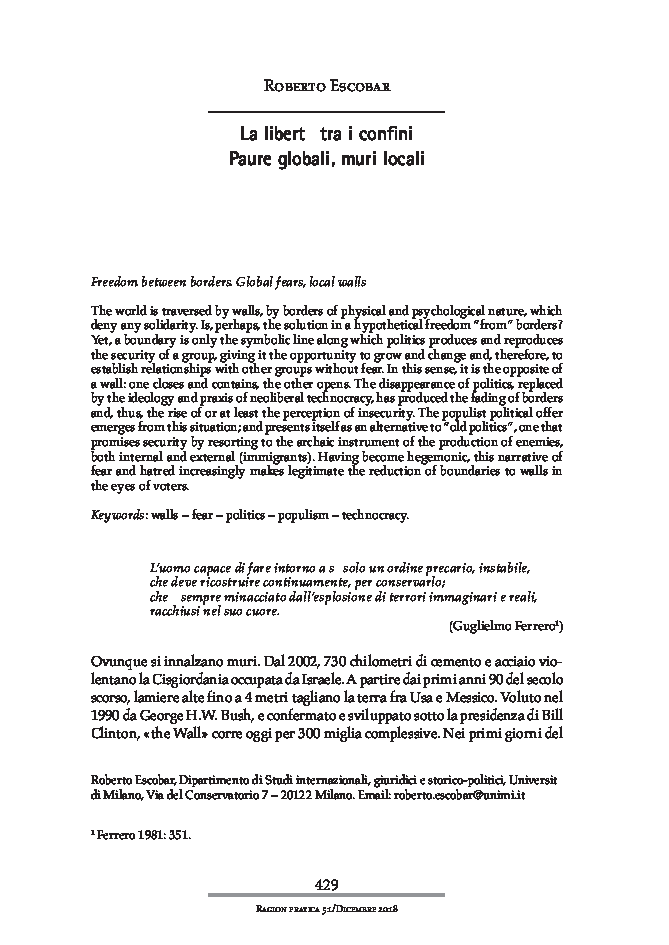