Donald Trump embodies populism - a political phenomenon often reduced to a contingent pathology of Western politics. This paper, instead, conceives of populism as a communicative device especially suitable for a mediatised politics. Here such a device is identified on the basis of five indices, allowing to qualify it as more or less populist: 1) direct appeal to people, 2) anti-pluralism, 3) personalization of leadership, 4) mediatisation, 5) communicative simplification. Populism and trumpism represent a challenge to constitutionalism: rule of law, new constitutionalism and neocostitutionalism, separately and jointly. A challenge announcing an entropic State, with the form of a Constitutional government and the substance of a Security and a Neoliberal State. 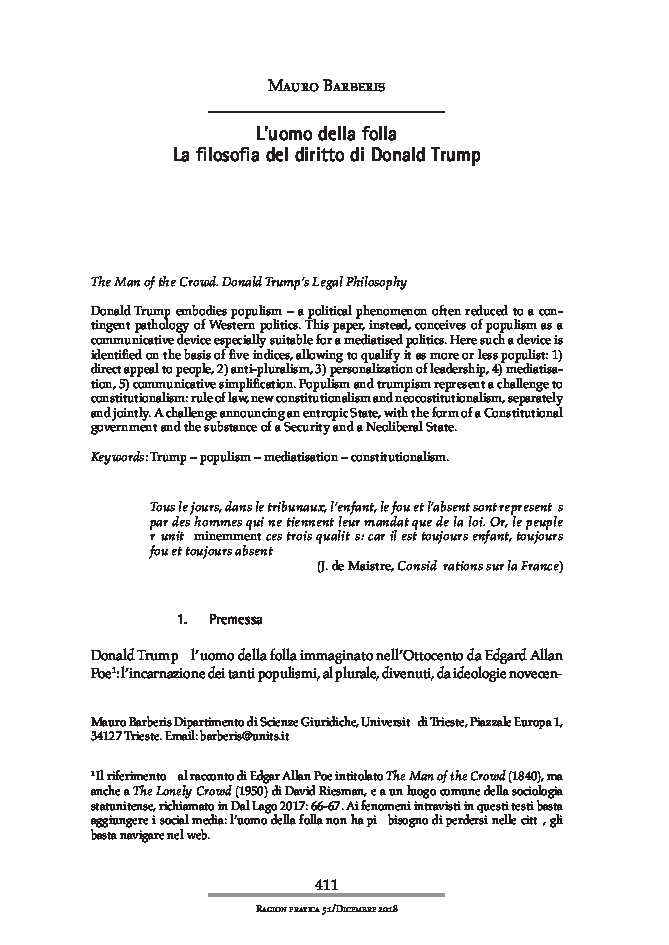