The perspectives of a true Islamic life for Muslim women are illustrated in the volume "Women of the Islamic State. A Manifesto on Women" by the Al-Khanssaa Brigade, published 2014, and then translated into English and German. On the basis of the German translation, the article analyzes the prospective role of women in the Islamic State (or ISIS), with special emphasis on family and social life, from childhood to motherhood and marriage, which can begin at the age of nine, to fighting. Also a detailed plan for female education and the arguments against modernity, feminism and "apostatic" States (like Saudi Arabia) are examined. 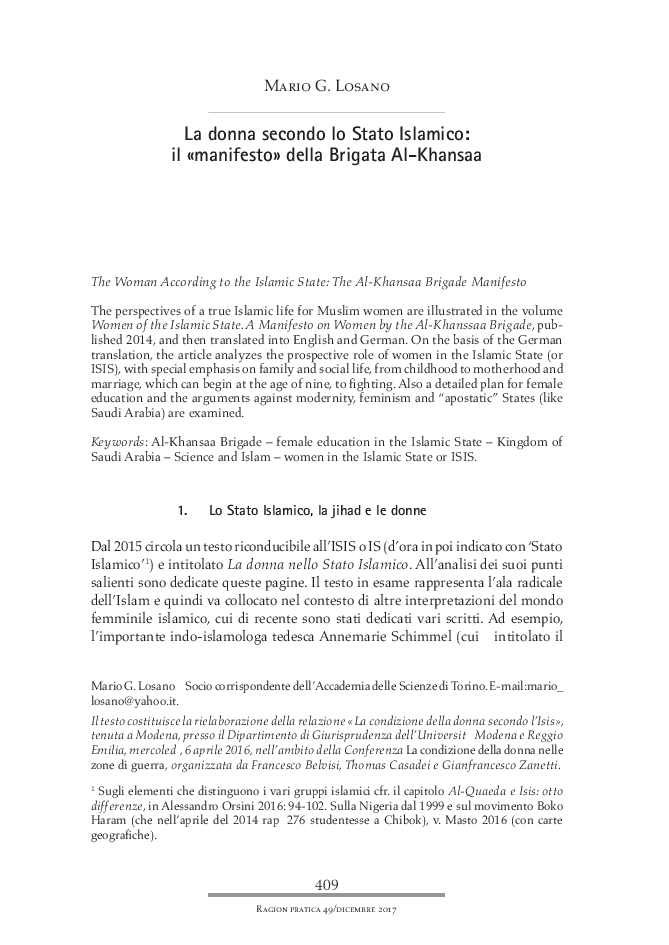