This work concerns the declaration of the existence of a «process of de-constitutionalisation» at three levels: at the national legal systems level, with the progressive participative erosion of national democracies and the mass parties decline; at the European level, with the EU political project crisis, the structural weakness of its parliament and the legislative process; at a global level, with the affirmation of a nearly absolute power of markets, which goes together with a «crowding-out» of politics around the globe. In particular, the article focuses also on the debate around this political proposal of a monetary supply that could be assigned regardless of a job, as an answer to the poorness conditions and the lacks of the welfare and, implicitly, as a possible instrument with the aim of a definition of a new institutional layout. What becomes urgent is not to define with which criteria to assign a basic income, but rather to claim a logical priority of the content of the constitutions with regard to social rights in respect of markets: which means the idea of a social constitutionalism as a multi-level approach. 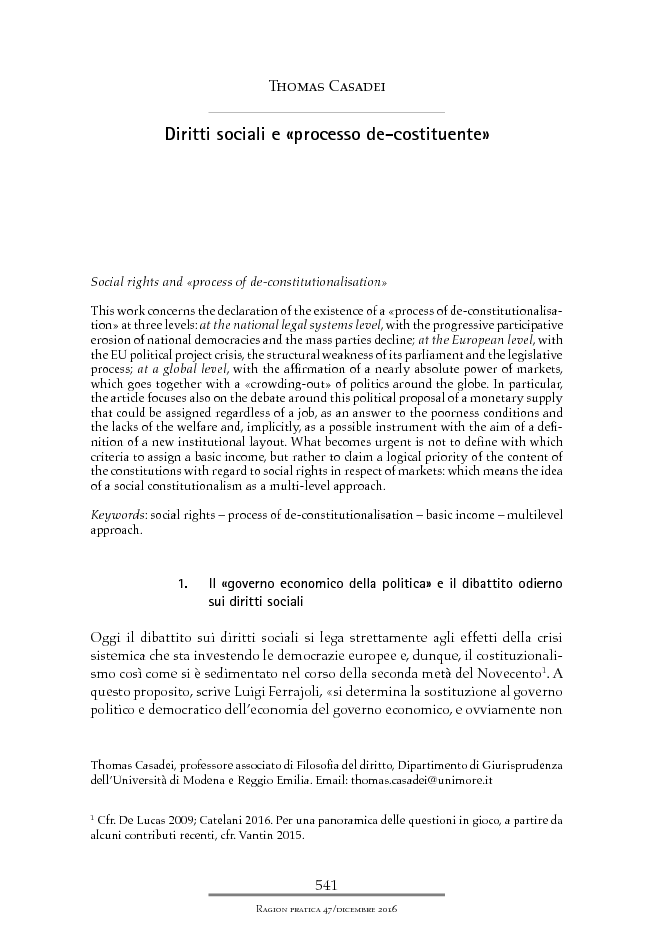