As many scholars have noted, in contemporary Western liberal democracies there is a growing trend towards the personalisation of party politics. In practice, this has coincided with the emergence of strong, often charismatic, leaders - which, in turn, has lead to an increasing «emptying» of ideological values and alignments within parties. This paper seeks to add to the current debate offering an analysis of a party that seems to counter such tendency: the Scottish National Party (SNP). By analysing the SNP under the lead of Alex Salmond, it will be argued that the presence of a strong and charismatic leadership can have «virtuous effects», strengthening rather than weakening a party's structures and values as well as its ability to govern. 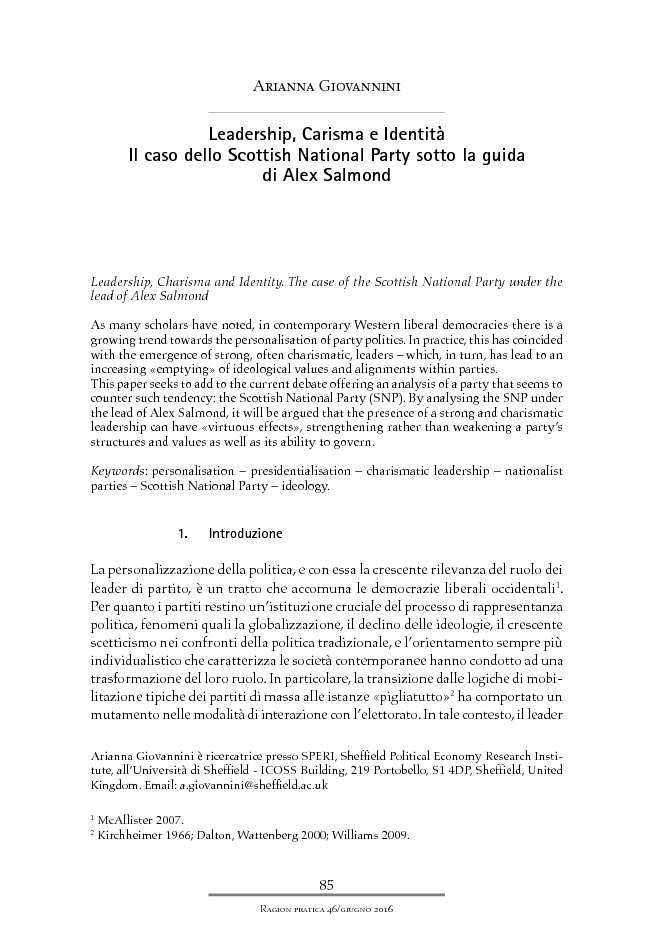