This papers critically examines two theses defended by David Dyzenhaus: first, that Hobbes should be enlisted among the defenders of a «modern» version of natural law theory; second, that Hart shares with Hobbes the thesis according to which law has to be legitimate. Against the first thesis, this paper revives a Bobbian understanding of Hobbes, according to which natural law is, in Hobbes's conception, confined to providing legal systems with bindingness, and does not affect its content. Against the second thesis, the paper argues that Hart cannot be read as holding an interpretive nexus between law and morality. 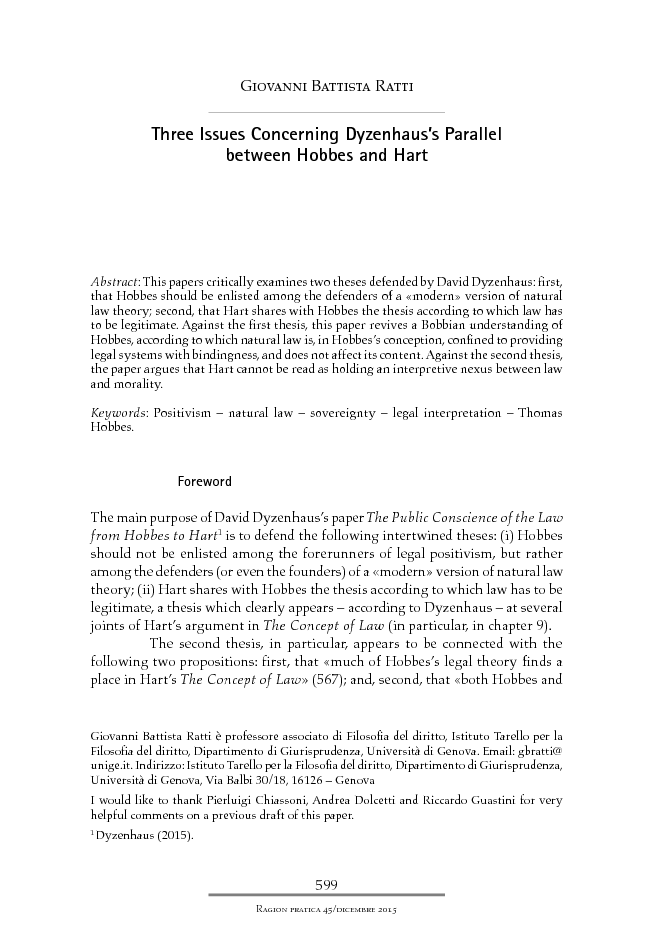