The article deals with the intellectual heritage left by Albert Camus, and particularly the mediterranean aspect of his thinking, which has been regarded as "a minor issue" within the intellectual debate. The author defined this aspect as "pensée de midi", a very evocative thought, which unfortunately did not find an adequate philosophical thematization. As a matter of fact, it was left apart too soon and until 1996, when sociologist Franco Cassano revised the concept by the french-algerian Nobel Price in a more modern and original fashion with a book effectively titled "Il pensiero meridiano" ("meridian thinking"). This work reconstructs in detail the definitive physiognomy of the meridian thinking, expliains its philosophical references, outlines both similarities and differences between Camus and Cassano, and highlights the modern issues of this thought when compared to the contemporary debate. 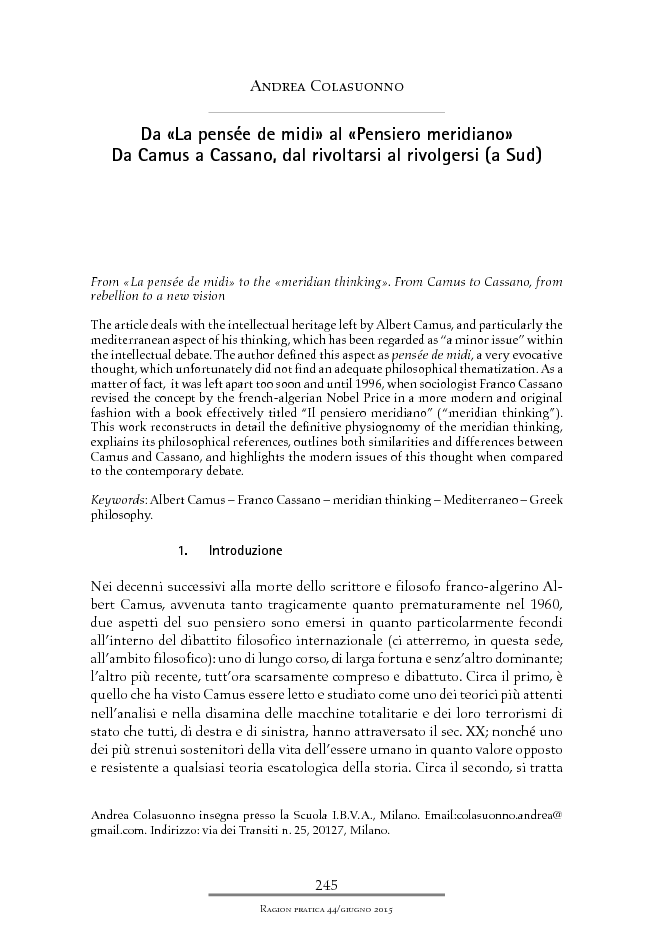