Starting from the reflection on the «constitutional» meaning of punishment, the author highlights the centrality of the right to a non inhuman execution of penalty and of its effective protection. In the absence of an adequate protection of this preliminary right, it makes little sense to talk about the subjective legal positions to which detainees are entitled, lacking the prerequisite for their effective exercise. The current situation of prisons overcrowding - which was also cause of significant condemnations by the European Court of Human Rights - has come to affect the aforesaid right, moreover transforming, in practice, the constitutional commitment to reeducation from a duty of the administration into a mere invitation to adopt practices that, as far as possible, might facilitate social reintegration. The essay proposes to reverse this trend, reflecting on the causes of prisons overcrowding and proposing appropriate remedies to stem it, to restore the «constitutional» meaning of punishment by, first of all, making effective the right to a non inhuman execution of penalty, as a «right to have rights» in the penitentiary field. 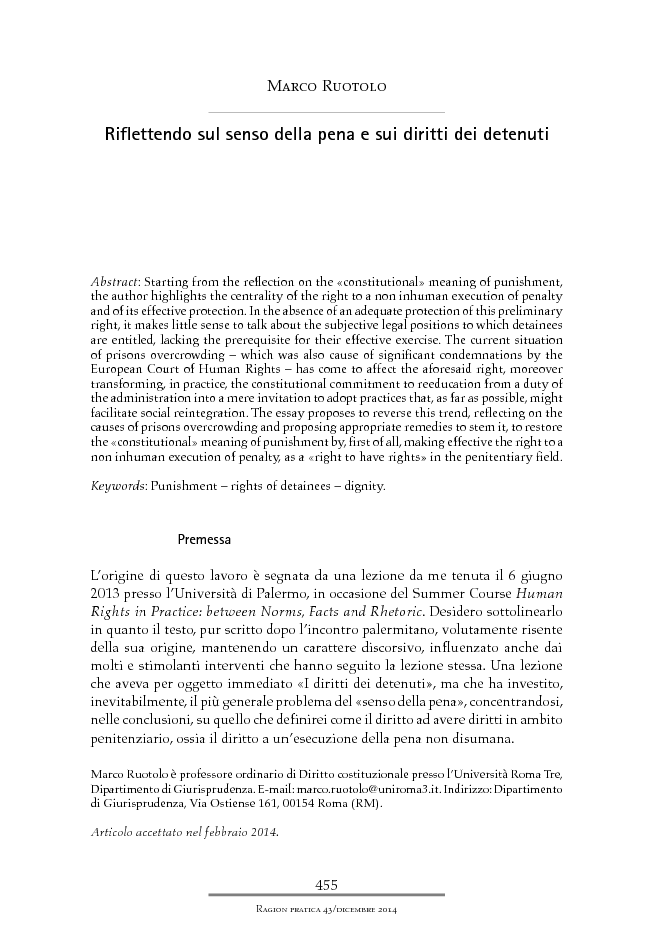