The Capabilities Approach of Martha Nussbaum seems to be characterized by a series of deep contradictions, inconsistencies and gaps regarding the central aspects of this theory. So doubts arise about his ability to be a valid political and legal model of reference. These doubts are related in general to the ambiguous nature of the list of capabilities, to the incompatibility of some of its items, to the question about their interpretations and realizations, to the inconsistency of the idea of minimum threshold, to the instability of the concept of emotions, to the contradictory version of comprehensive liberalism, to the vagueness of the idea of the moral subject and to the unacceptability of some theoretical implications and practical consequences of the theory. In addition, considerable doubts arise about the forms of exercise the religious freedom. 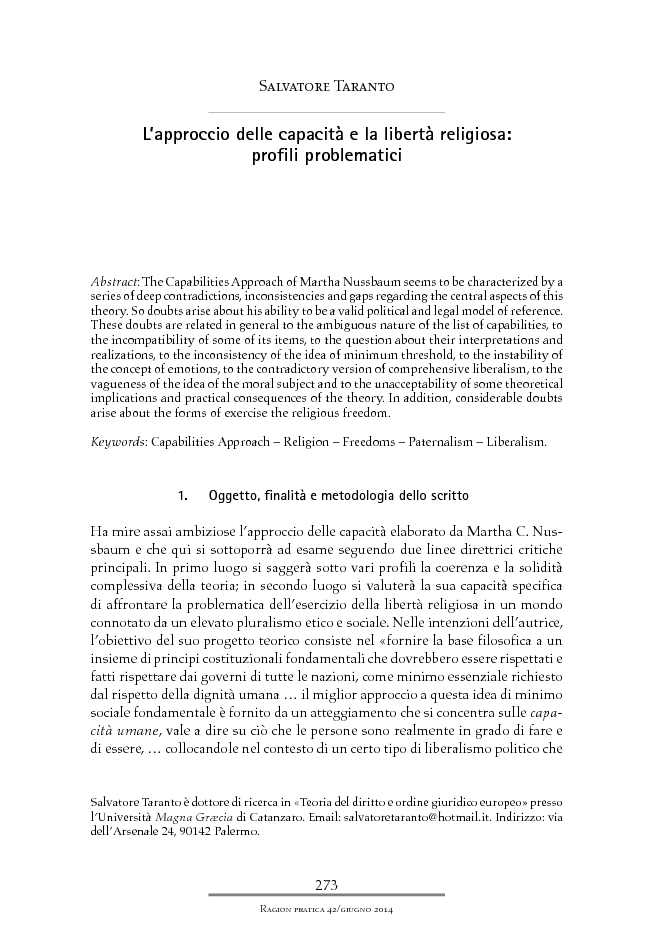