In the current Italian political debate, the concept of commons («beni comuni») is often evoked to propose a radical - but unclear - project of transformation of the economic, political and social system. In this essay, I firstly note that the term «bene comune» is used to refer to either a) a material or immaterial good or b) an activity producing goods or services on which a plurality of people has (in a certain sense) one of the following rights: i) a freedom, ii) a Hohfeldian claim, iii) a power, iv) rights of ownership. Then I argue that commons, so understood, are needed to realize most fundamental rights and to advance democracy. Lastly, I show that the concept of commons is so ambiguous that it appears to be coherent with various conflicting political projects and ideologies. 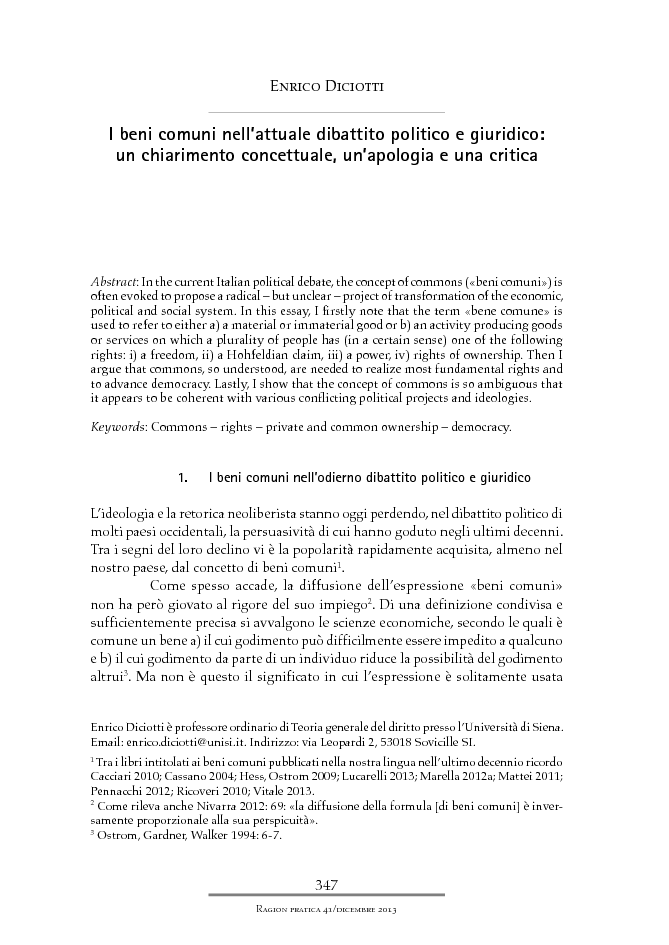