The essay deals with recent theories of participatory and deliberative democracy, that justify democratic procedures for their epistemic value (i.e. for their tendency to make «correct» or «just» decisions). According to a first thesis, that can originally be found in Aristotle, many people decide better then few people, in spite of the fact that each of them is ignorant and incompetent. According to a second thesis, that can be originally found in Plato, deliberation conducted rationally among free and equal individuals is the best instrument to discover moral and political truths. The author maintains that, for different reasons, these theses cannot be accepted. Democracy is a procedure that can lead to different outcomes. The upshots of participatory budgeting, for example, have been very different in Brazil and in Europe. As far as deliberation is concerned, the dialogue among citizens can impart information and lead the individuals to reflect critically on their opinions. Nevertheless, deliberation isn't likely to produce the more «correct» or «just» outcomes, as some scholars claim, not considering that conflict is physiological in moral and political sphere. 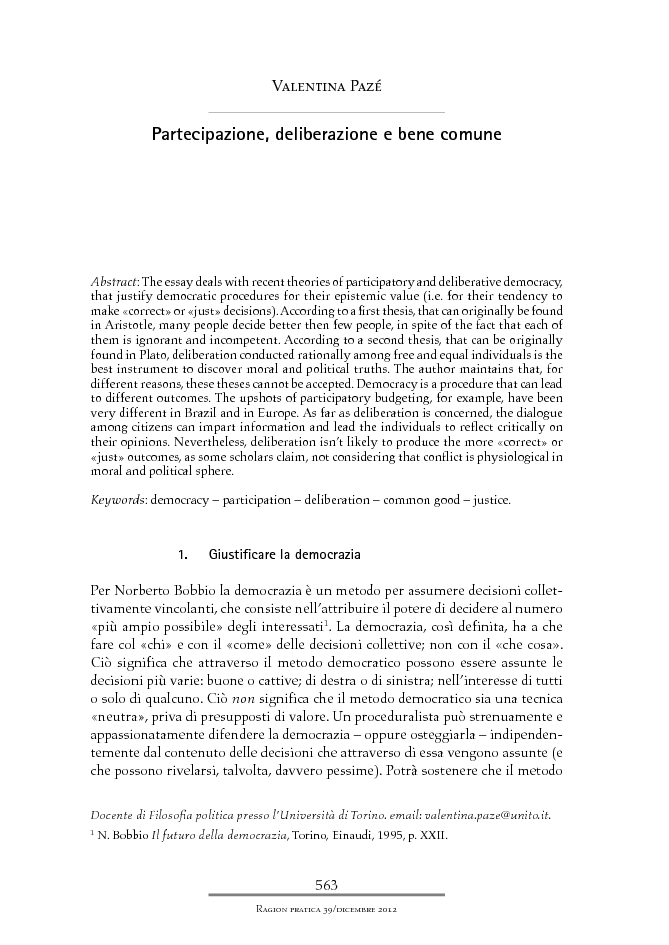