The veil, identified with Islam, triggers several controversies and it rises as an ambiguous symbol regarding autonomy, rights, duties, equality, orthodoxy, religion, repression, revolution, politics, values. In the European countries, the veil is forbidden or denigrated by feminist or sexist instances. But each identity symbol is discriminatory and the attention on identities often risks to lead to a multicultural theory somehow indifferent to the conditions of oppression suffered by too many women. There are many normative concepts of women in different cultures and we need an analysis about the reasons that lead women to submit, «voluntarily», to the current cultural code and about the constraints and the obstacles that prevent to subvert the mechanisms of oppression. The escalation of polymorphic exploitation of female body and sexuality can dehumanizes women and the same can be said for some interpretation of veil. The female body is colonized in various ways. There are veils more or less metaphorical also in our countries. 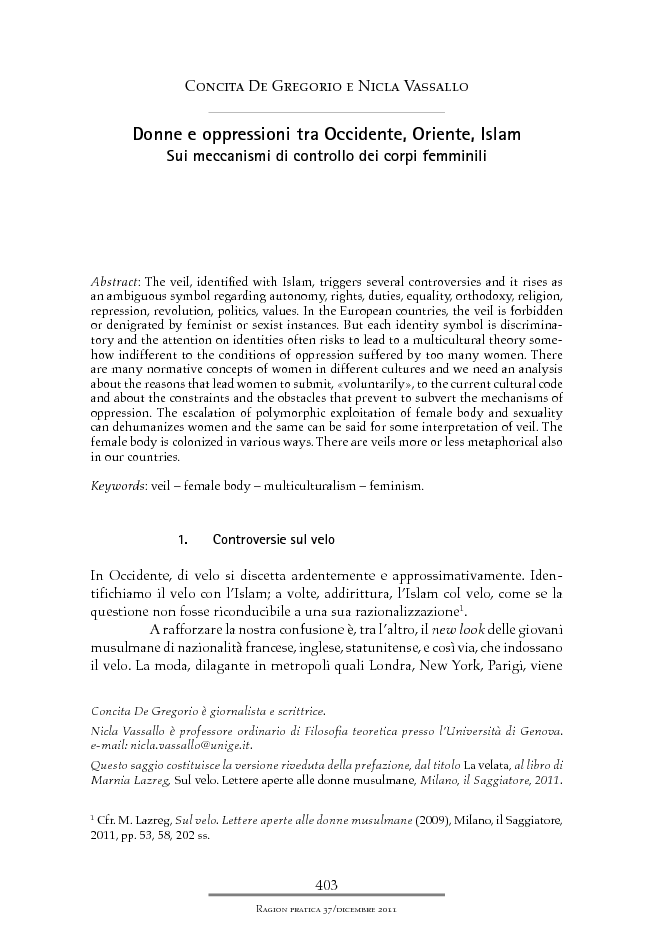