The «male paradigm» is criticized by the feminist theory, because it contributes to create a society, where bodies are placed along a hierarchical scale. At its top there is the able-bodied male, and along it bodies that do not fit the paradigm, like women's ones and people with disabilities' ones. They have a common destiny, because they are both requested to fit the cultural «dominant paradigm» but, however they try, it is impossible for them. They fall in a paradox: being invisible for the society, but culturally compelled to ask invisibility - their bodies considered abject and thus stigmatized - women and people with disabilities are forced to search it. It is necessary to challenge this paradigm, including the differences (and the different bodies). 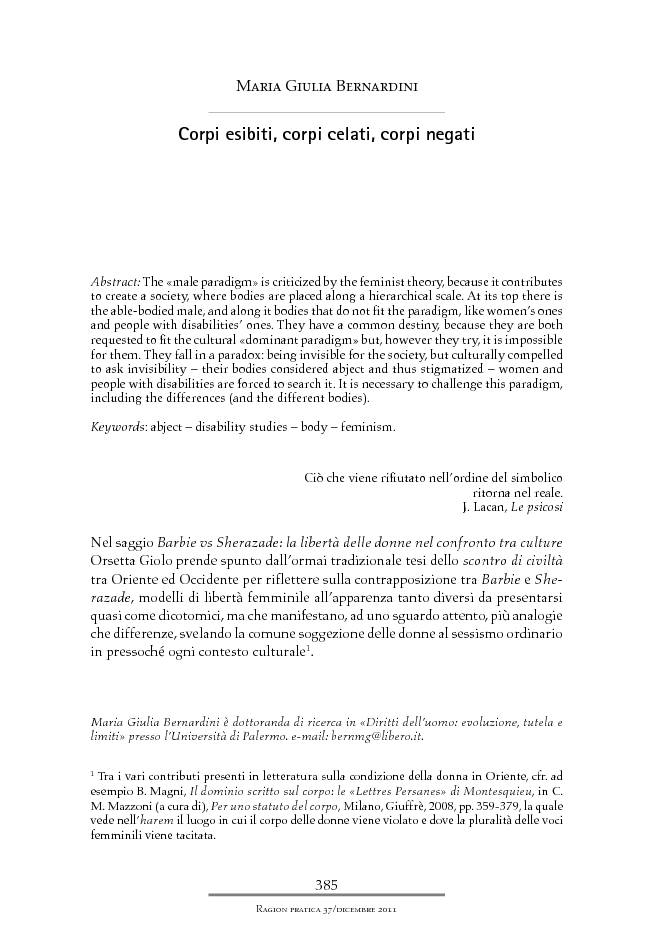