The concept of voluntary servitude does not have an univocal meaning in the history of political thought: La Boétie, followed by some classical authors, conceived it as a descriptive category, focusing on a real phenomenon; in the contemporary debate in political philosophy, it is at most admitted as a mental experiment, or, more frequently, rejected as a self-inconsistent notion. Nevertheless, at a nearest sight, the difference between classical and recent discussions of the problem can prove to be less sharp. The analysis of the happy slave dilemma in "Two Concepts of Liberty" by Isaiah Berlin can provide a good example, once compared with La Boetie's explanation of the voluntary servitude. One can ask, then, if simply rejecting the voluntary servitude does resolve all the problems arisen by this notion: e.g., the inner obstacles to freedom, the complex relationship between will and desire, the nature of the desire to be enslaved. 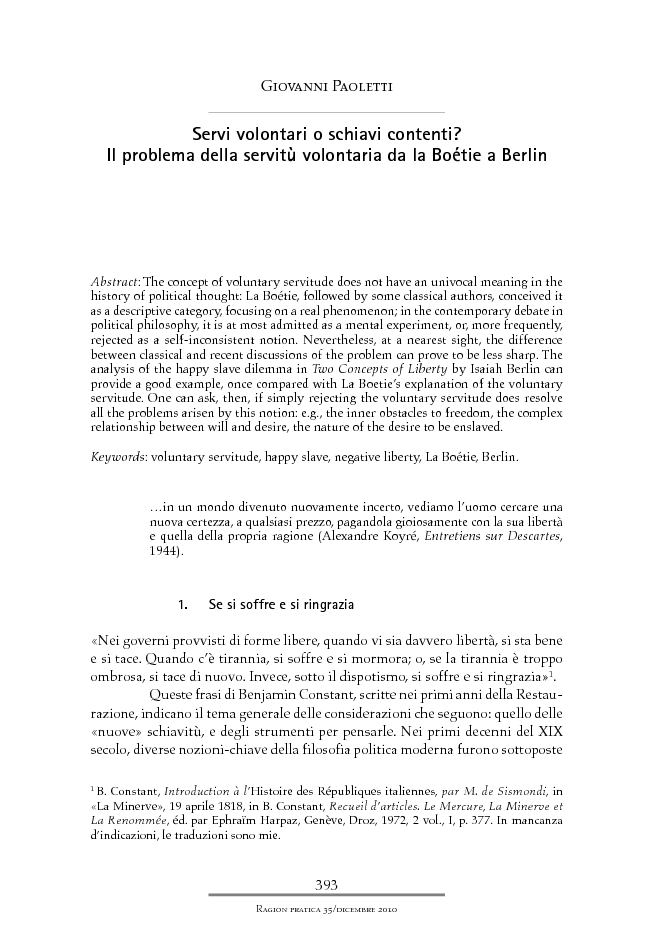