The author, assuming and reversing the classical typology of freedom («Liberty of the ancients» versus «Liberty of the moderns»), aims at outlining the theoretical-juridical features of the sort of slavery which marks our times («Slavery of the contempo¬raries»). Analyzing in particular the work of Kevin Bales and Olivier Pétré-Grenouilleau, the article emphasizes that minors, migrants and women (where slavery interweaves with sexual exploitation) are the slaves of the 21st century, and argues that all historical models of slavery rest on the dependence and the vulnerability of the dominated. For this reason slavery survives in a global world, and for the same reason we need - in this age characterized by the most extensive violations of human rights, «the most profound and intolerabile inequalities» and the highest number of enslaved people in human history - a new abolitionism capable of upholding the universal value of human dignity. 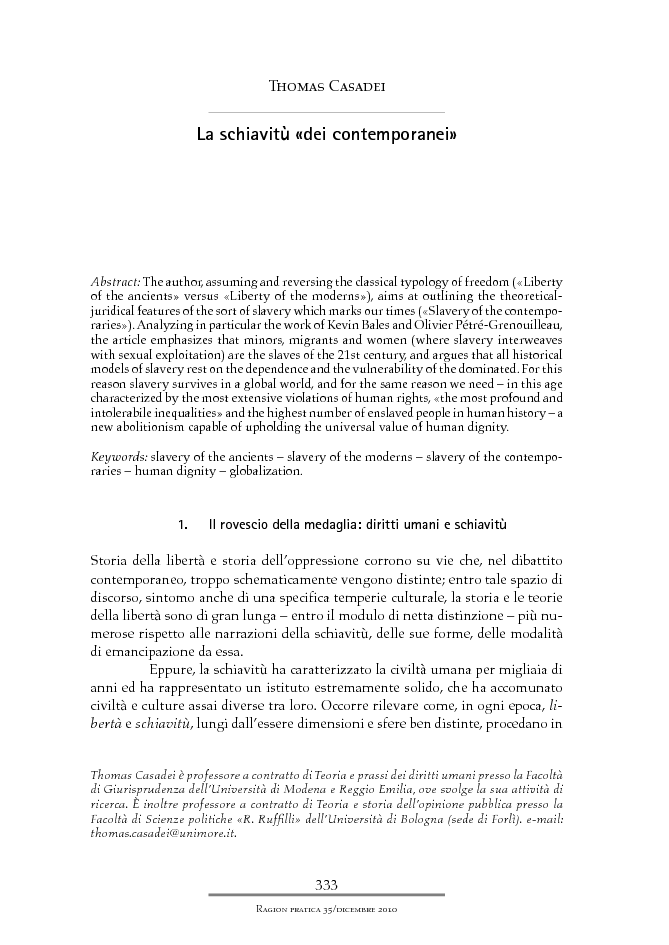