This article conceptualises hacking as a process of «collaborative exploration». Hacking is explorative in that it produces new kinds and forms of knowledge and technologies that remain open and uncertain: for further modifications, adaptations, failures, dead-ends. Conceiving hacking as collaborative exploration brings to the fore the temporalities and trajectories of hacking, as well as the potential frictions between the critical stance of hacking and its reappropriation by the market. Rather than seeking to define what hacking is, we analyse what hacking becomes, and how it seeks to transform innovation materially, socially and politically. The paper examines two sites of hacking (hackathons and biohackerspaces) and, in particular, the development of two projects: «W.Afate», a 3D printer produced out of electronic waste, and «Amplino», a transportable malaria detection device. 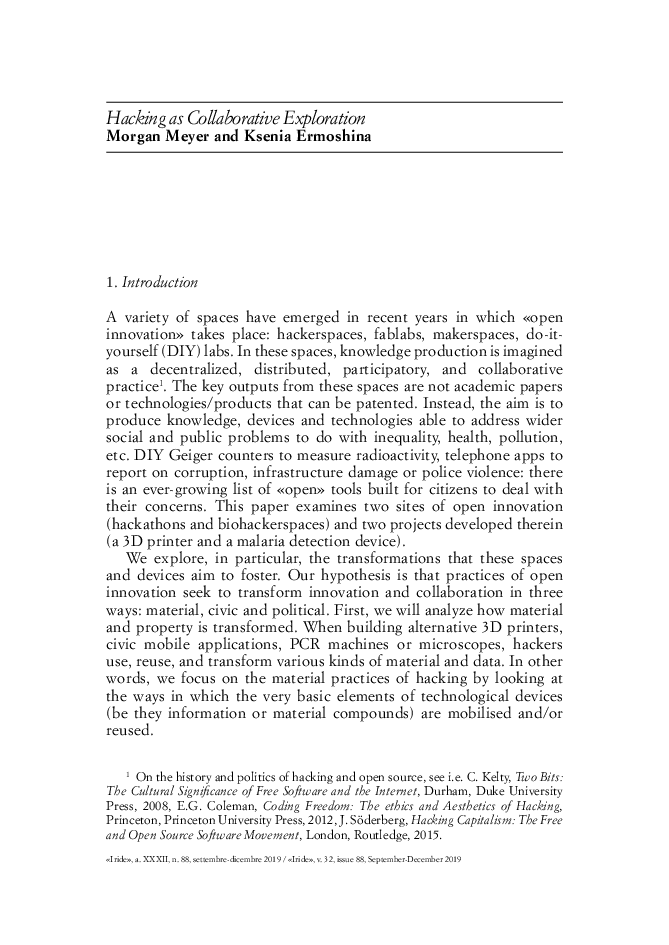