The public discussion on the various devices of income redistribution has been certainly fruitful and articulated, and yet largely spoiled by a number of interpretative limits. In the light of this, the article tries to broaden the frame within which the discussion on basic income has been mainly spun in the specialist literature and public debate. In fact, most of the reflections on the subject pick up an insufficient analysis of the transformations of capitalism, thus making it difficult to grasp the fundamental innovations that have been determined within the current social relations of production. Furthermore, the opportunity to promote public policies focused on basic income has been mostly discussed within a scenario concerned with making a neoliberal development model «sustainable», which, on the contrary, we believe would be appropriate to begin to criticize. What is proposed in this contribution is therefore the idea that basic income has to be, first of all, considered as a means of raising and reorganizing the social conflict, and that, only if seen in this light, that is without reducing it to a tool to combat poverty, it could became an interesting device for social research and political action. 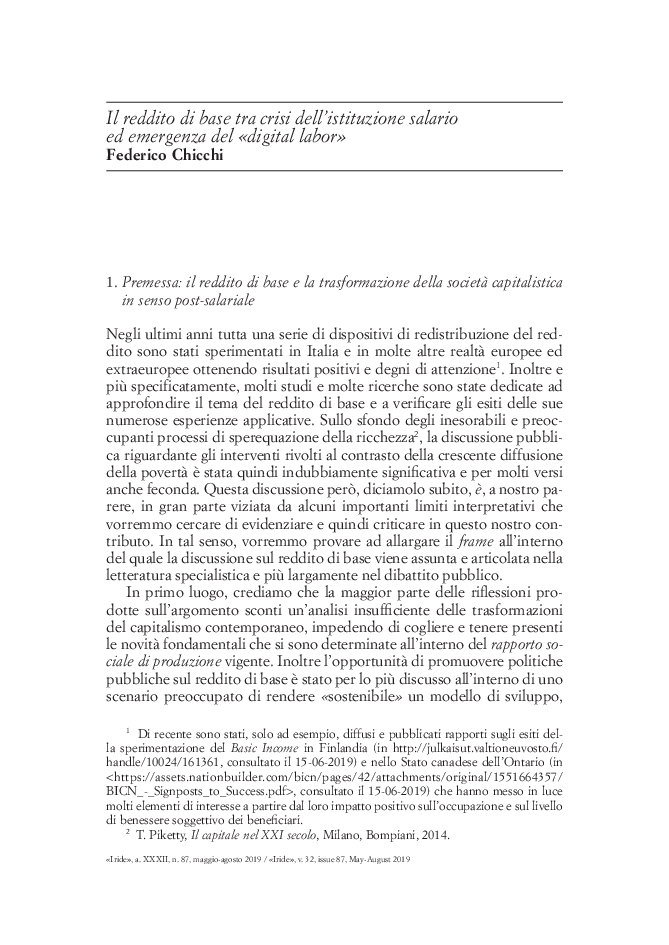