By discussing Eilenberger's book on the four Zauberer (Wittgenstein, Benjamin, Cassirer, Heidegger) who revolutionized German thought in the first half of the last century, this essay shows how this revolution consisted in the "renunciation of the desire to put the real into a categorical form, and to give shape to the world", not in order to abandon oneself to disorder but in order to exhibit the manifestative power of a new language. I point out how Freud's position differs from that of these «wizards» because, although like Wittgenstein he belonged to the Wiener Moderne, he did not interpret the crisis of Western civilization as a crisis of a shared language. In fact Freud saw this language as a symptom of the Unconscious and he thought it should not be subjected to a corrective therapy. 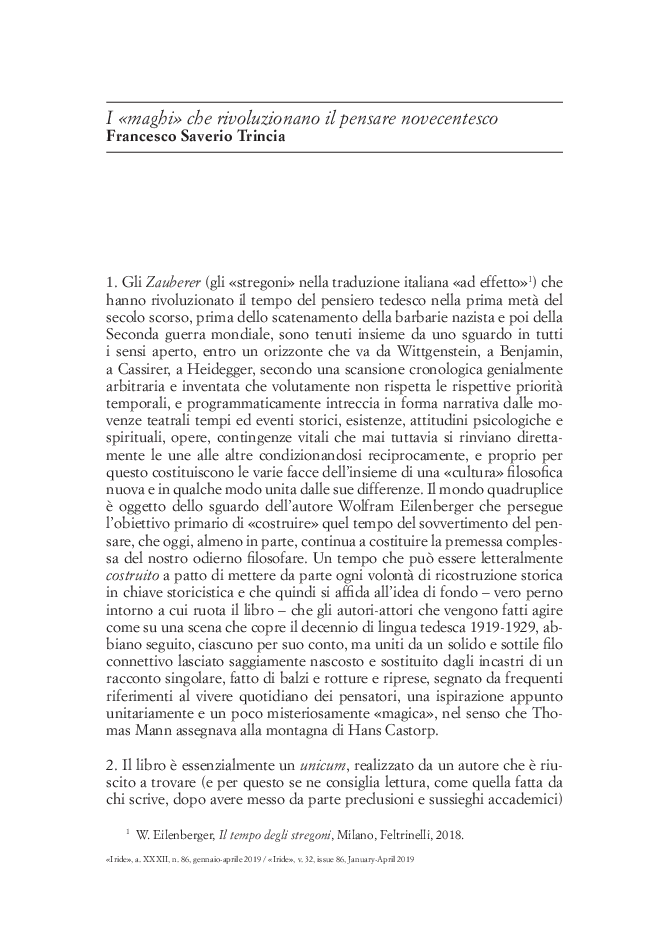