The last evolution of Simone Weil's political thought focuses on the theme of pacifism. Is there a difference between a war of aggression, a war of defense and a war of resistance, or should the use of force always be refused? Simone Weil was pacifist until 1938 but she radically changed her mind during the following year. The growing danger of Hitler's Germany certainly affected this change. Yet, in order to explain it, it is important to remember that, just at the same time, Simone Weil developed «la loi de la force» and elaborated the concepts of unlimited war and the balance of social forces, moving away from Alain's thought and coming to a new definition of patriotism, influenced by Vedic, Spinozian and Catharic elements. 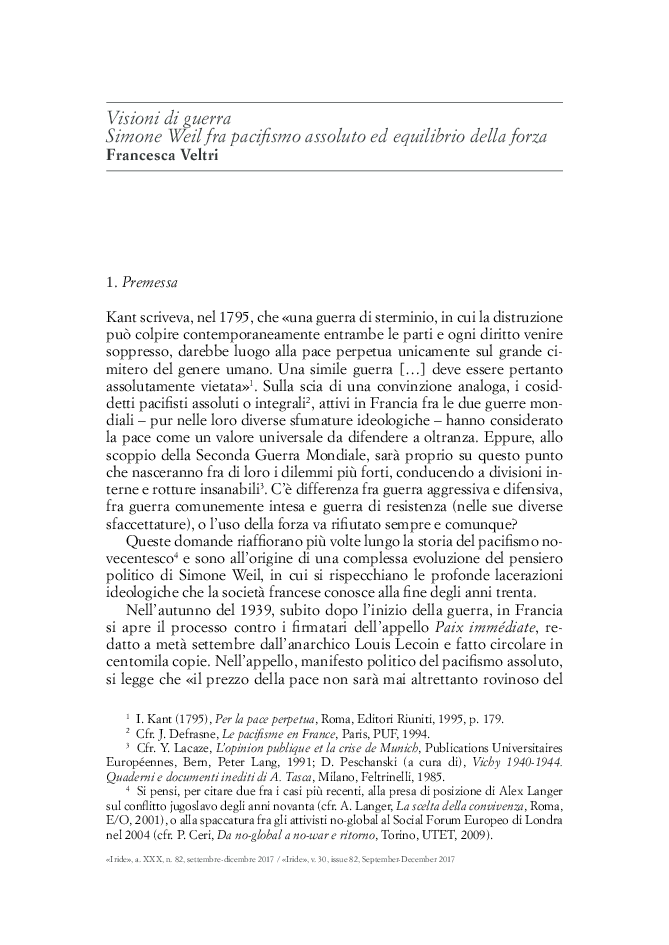