Based on Giuseppe Cacciatore's "Sulla filosofia spagnola", the article focuses on the peculiar «philosophy» that emerges from the analysis of the popular literary figure of Quixote. This philosophy, leveraging the concepts of «ingenuity» and «fantasy», subverts the traditional logical and rational vision of the world. In this wake, both Ortega and Zambrano propose a fruitful blend of reason, life and history. Ortega outlines the features of a «vital reason» that, in contrast to pure rationalism, is capable to turn to concrete individuality; Zambrano believes that reason should take inspiration from poetry to became «poetic reason». Ultimately, the main merit of Spanish philosophy of the twentieth century is to focus on the concrete man, animated by a deep civic passion expressed through the daily critical thinking. 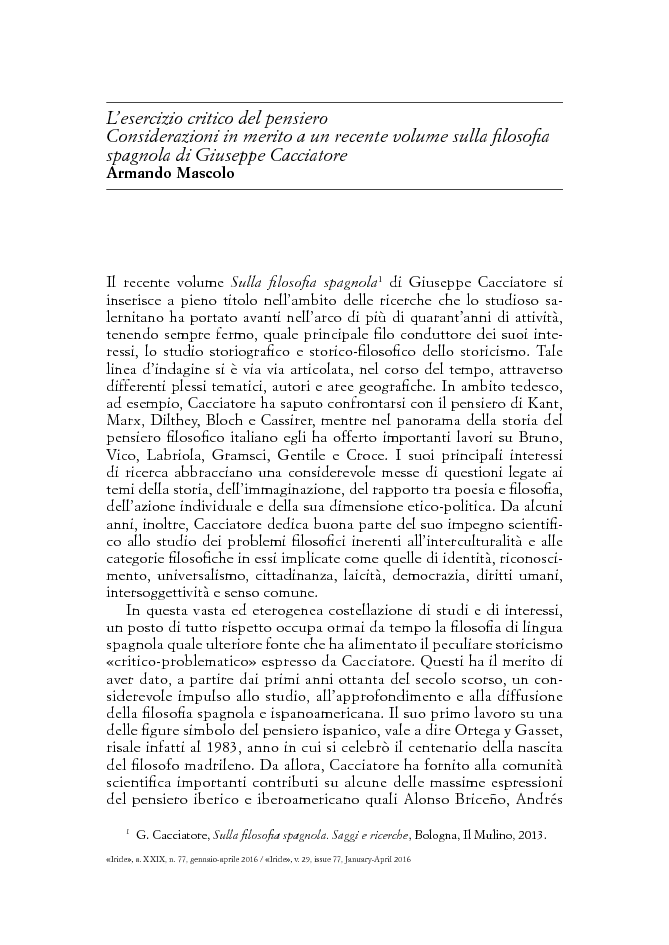