Wittgenstein argues that philosophy dissolves problems. Horwich embraces Wittgenstein's view and, mainly implicitly, relocates some of its points in a minimalistic framework, working especially on the first part of the "Philosophical Investigations". My discussion of "Wittgenstein's Metaphilosophy" concentrates on meaning as use - which according to Horwich inspires Wittgenstein's view of philosophy -, on metaphilosophy itself and the final chapter on consciousness and the so-called private language argument. The "Tractatus Logico-Philosophicus", at 4.111, reads: «The word "philosophy" must mean something whose place is above or below the natural sciences, not beside them». I am inclined to think that this «above» more appropriately renders Wittgenstein view of philosophy than «metaphilosophy», which if there is, is one particular way of continuing to do philosophy. 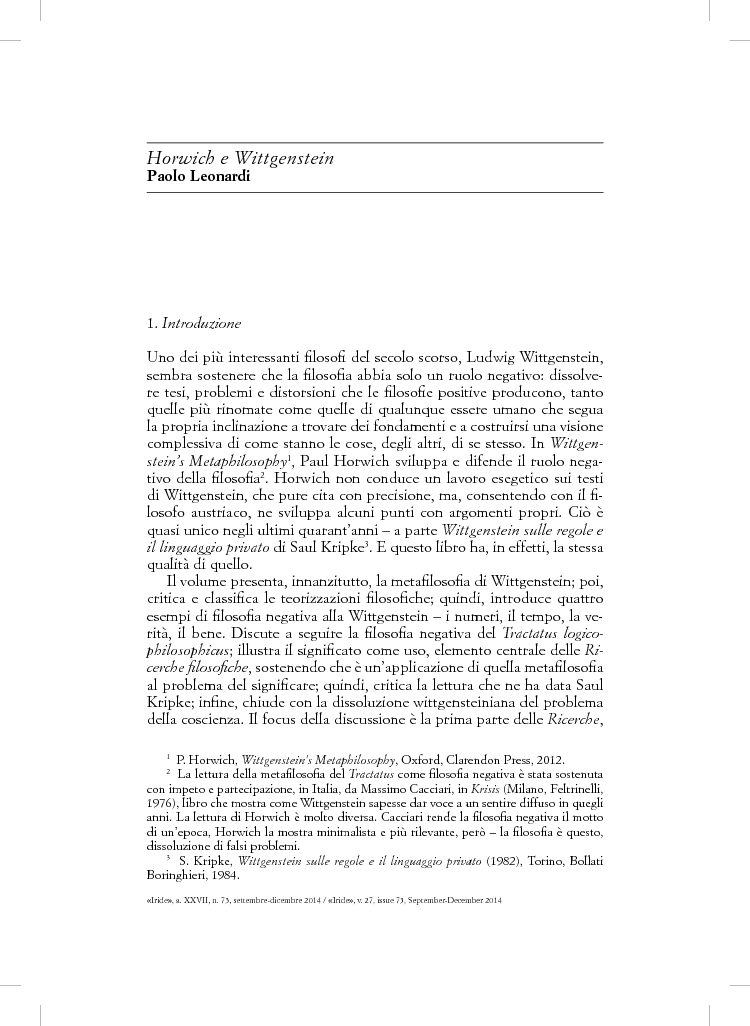