In our very unfair world - pervaded by goods and information, divided between poor and weak nations (the majority) and rich and powerful ones, characterized by inequalities, interlaced by war and communication - the myth of Plato's cave is recalled by writers, movie directors, and philosophers who think about the problem of reception, illusion and reality. Thanks to making believe and pretend play, children learn to put themselves in others' shoes and build worlds that are true, also when we know that they are false. Children learn the play of substitution. Being soldiers, being mums and riding a hobby horse involve the conscious passage from a world to another. Theater and movies are like a cave, where you play the play of illusion and substitution. 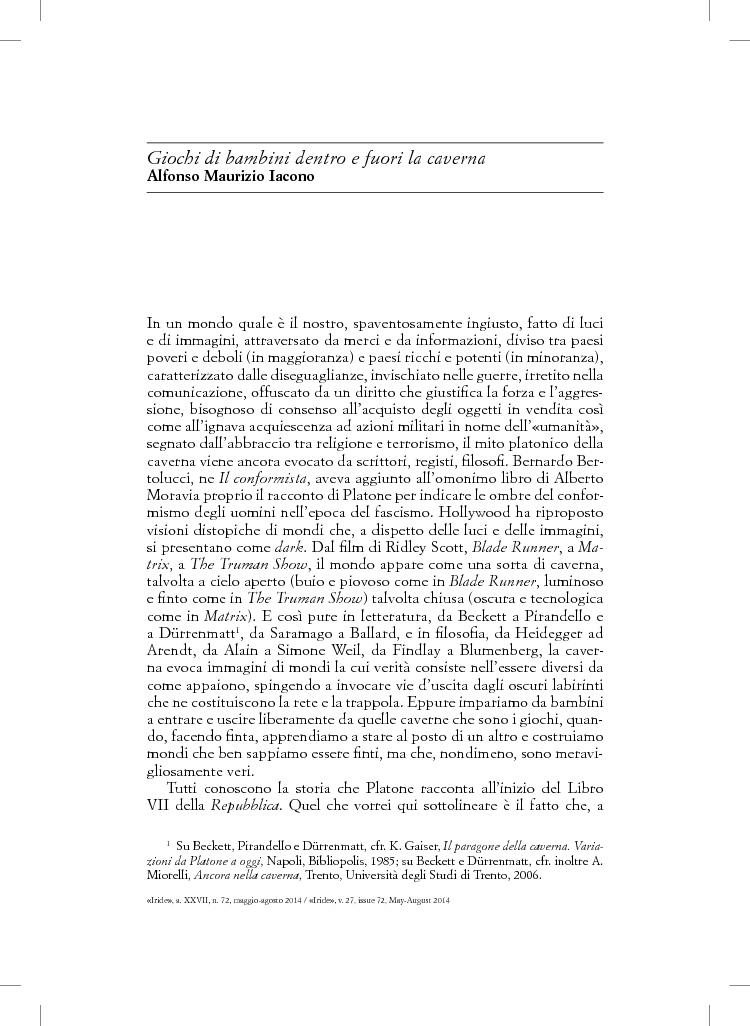