The idea that two people of the same sex can get married meets a lot of resistance, often influenced by ideological or religious concerns. Resistances turn into indignation or total opposition against the idea of lesbian and gay parents. The opinions of those who oppose the legal recognition of same-sex couples and parenting are irrational, unscientific and, quoting Martha Nussbaum, based on disgust and prejudice. The «politics of disgust» affect the social and psychological wellbeing of lesbian/gay people and their children, and also maintain endemic homophobia and promote minority stress. An increasing number of governments, at least regarding gay and lesbian citizens' rights, have abandoned the «politics of disgust»: not (yet) in Italy. Scientific research can help us to find the way. 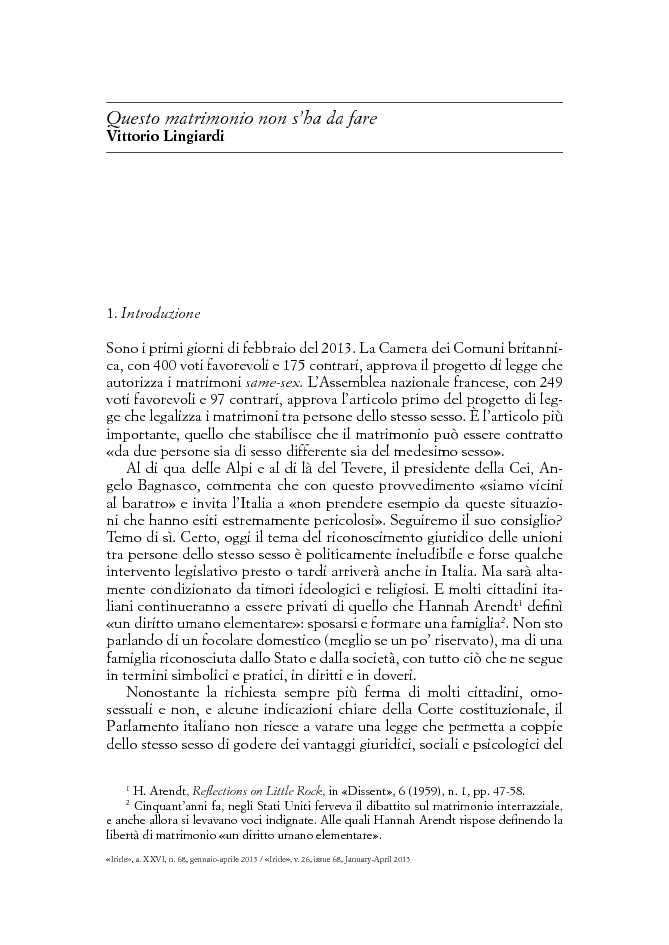