A critical discussion of selected themes from Christopher Janaway's Beyond Selflessness. Reading Nietzsche's Genealogy (2007). Focussing first on the idea of Nietzsche as a writer with no «political agenda», I argue that his distaste for party politics poses no obstacle to an investment in «grand politics» of an anti- «modern» or anti-egalitarian stripe, and that this investment should be more significant for a present-day reader than Nietzsche's attack on «selflessness» in the guise of quasi-Christian physical asceticism. Then, turning to the postulate of a «covert desire to exercise power», I maintain (with the support of an avowedly non-Nietzschian distinction between legitimate and illegitimate motivation) that such desires - for example, on the part of those hitherto reduced to a condition of powerlessness - are nothing to be ashamed of. Nietzsche, I conclude, has the dubious distinction of being well suited to the status of iconic philosopher of (post-«moral») late capitalism. 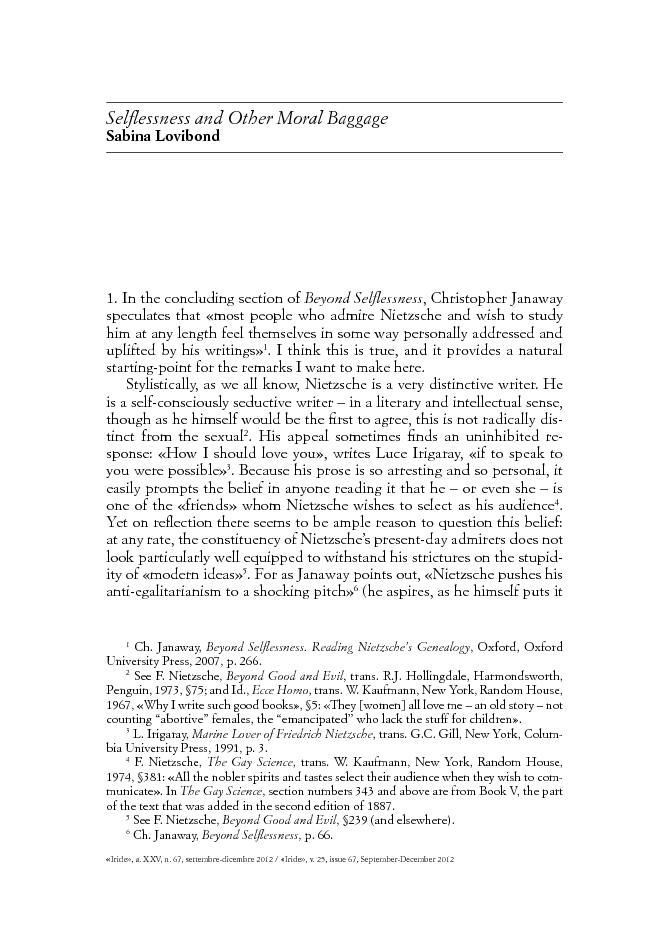