The paper is about how public institutions ought to assess religious claims. It presents, and seeks to defend, the legal obligation to accommodate minority religious beliefs or practices. Then it reviews, and challenges, the argument according to which the distinction between choice and misfortune explains why accommodations based on physical or health constraints are legitimate, whereas religion-based ones are not. Then it argues that the following two premises sup- port religion and conscience-based accommodations: legitimate norms sometimes indirectly discriminate against certain groups of people; «meaning-giving beliefs and commitments» have a distinct moral and legal status. After addressing the relationship between religious and secular beliefs, the paper works out a liberal and subjectivist position that is compatible with a notion of reasonableness capable of circumscribing the legal obligation to accommodate minority religious or conscientious beliefs. In the last part, the paper deals with some objections against the subjectivist conception of freedom of conscience. 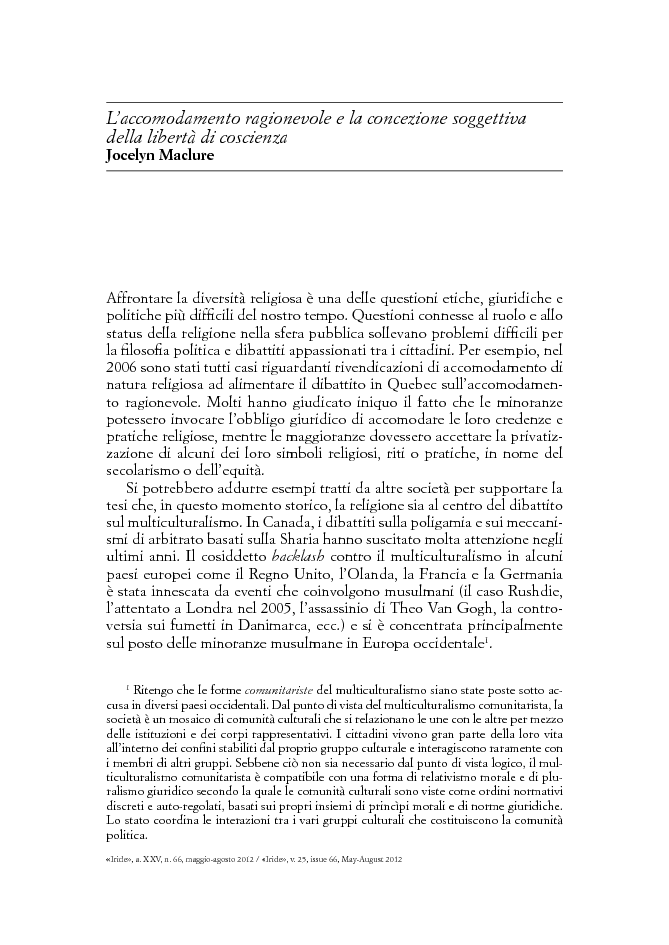