The paper argues that the concept of secularism that has emerged from the In- dian political and constitutional tradition has three features: the state does not establish any religion, so that there is no state religion; all citizens are granted the freedom of religious belief; the state ensures equality among religions and religious groups, so that minorities are not discriminated. The attractiveness of this understanding of secularism comes from the fact that in India it allowed the construction of a common nation out of many fragmented, opposed, and polarized religious identities, and has guaranteed equality of all religious denominations. From the philosophical point of view, secularism is a derivative concept: it derives from the principle of democratic equality and gains meaning only when it refers to it. There are advantages coming from the justification of secularism by referral to the principle of equality, and the last part of the paper deals with them. 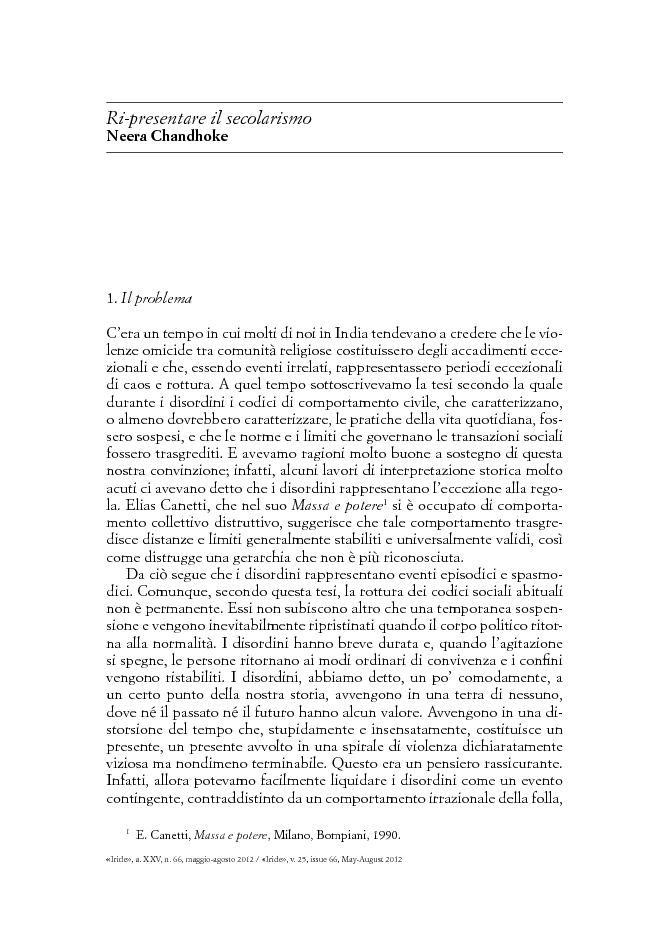