This essay attempts to suggest a way out of the crisis of late twentieth-century philosophical paradigms by tapping into the best forces of classical American pragmatism (although not in a revivalist way) and by confronting the surviving currents of European thought with this heritage (which was ultimately rooted in a Kantian-Hegelian tradition). Along these lines, a new, joint framework for contemporary philosophy can be vindicated, and such questions as the «natural artifactuality of the self» and its historicity (a common theme of both pragmatism and philosophical anthropology) may be tackled in new, promising ways, going beyond both classical pragmatism (e.g., Mead's psychology) and the hermeneutical tradition. This enterprise is placed under the aegis of Peirce's enigmatic motto, «Darwinizing Hegel and Hegelianizing Darwin», whose possible meanings are also addressed. In an attempt to define the outlines of a future debate, the work of the founding fathers of pragmatism, the pragmatist revival of the 1980s and selected episodes from the history of Continental philosophy (such as Heidegger's existential analysis) are discussed and criticized. 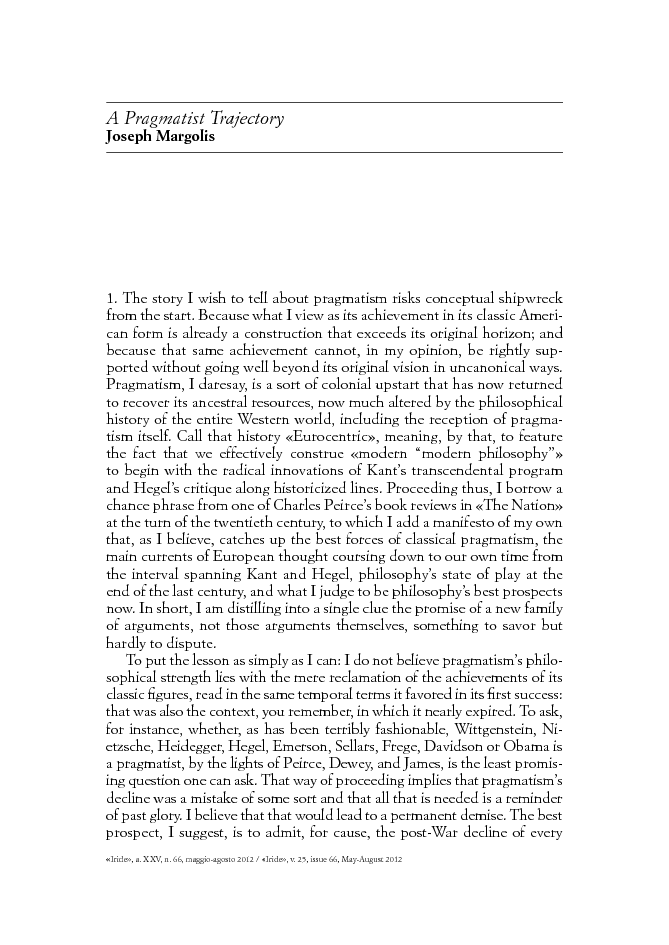