Presented on March 23, 2012 by the Minister Elsa Fornero, in concert with the Prime Minister Mario Monti and the Council of Ministers, the reform of labour has aroused widespread debate, but the concept of work envisaged in the Decree Law has not been adequately focused. Giovanni Mari intends to remedy this, illustrating how the government's proposal fosters the worker's personal sphere (training, updating, protection and welfare support systems) rather than merely protecting the job. This entails a redefinition of the very concept of permanent employment, which no longer hinges simply on the secure job but implicates the social and personal conditions of the worker. In the notion of person-centred employment, the expansion of the areas of freedom present in the job becomes crucial, up to the idea of a strategic conditioning of employment to the interests of society rather than those of restricted power groups. 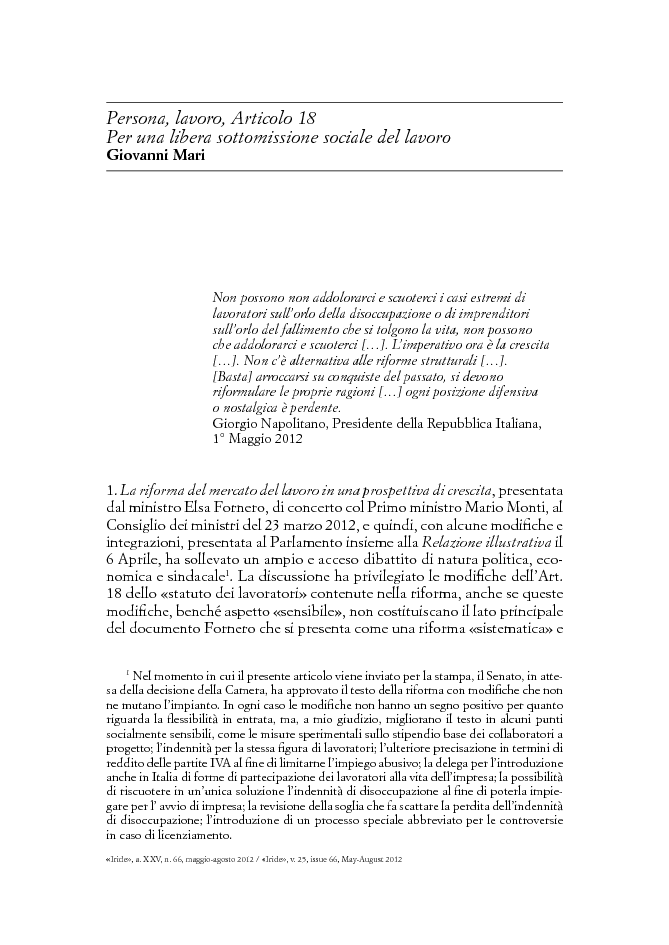