According to prioritarianism, roughly, it is better to benefit a person, the worse off she is. This seems a plausible principle as long as it is applied only to fixed populations. However, once this restriction is lifted, prioritarianism seems to imply that it is better cause a person to exist at a (positive) welfare level of l than to confer l units on a person who already exists and is at a positive welfare level. Thus, prioritarianism seems to assign too much weight to the welfare of possible future people. It is in this respect even more demanding than total utilitarianism. However, in this article, I argue that all told, it is not clear that prioritarian- ism is less plausible than total utilitarianism, even when it comes to Population Ethics. 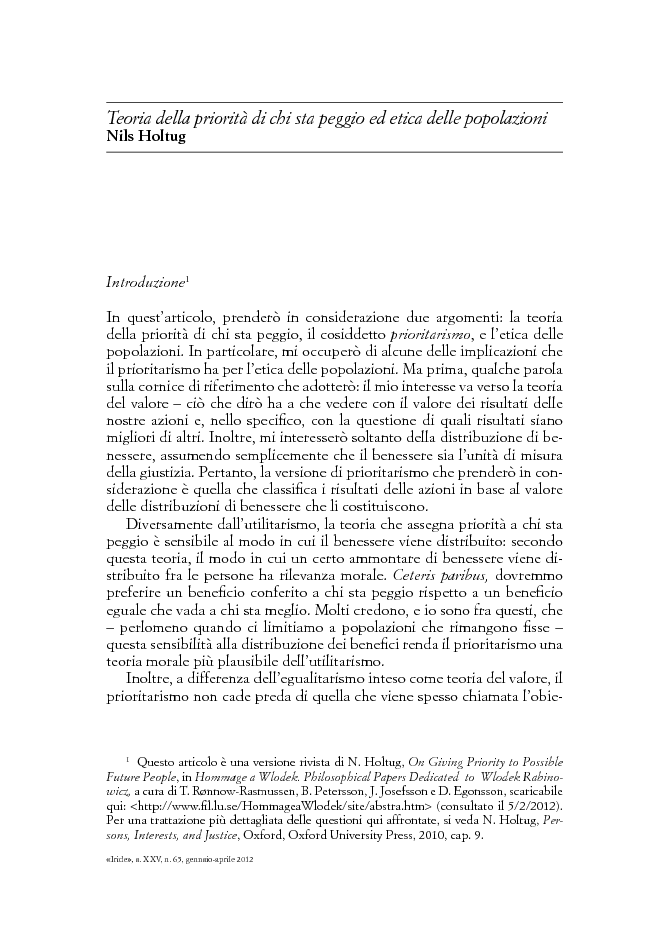