The author discusses the issues raised by Furio Cerutti, namely the excessive fragmentation of research in political philosophy, the tendency to conflate theoretical with historical analysis, the risk of reducing political philosophy to applied ethics. This latter point is taken up in depth, starting with the distinction between ideal and non-ideal theory, and arguing that both are needed for analyzing political reality in the light of political ideals. Even realist analysis cannot dispense with values and ideals, whether epistemic or moral, even though such values are generally simply assumed and not discussed and justified. Contemporary realists advance the thesis of a specific political normativity, which does not subtract to the capability of grasping political reality 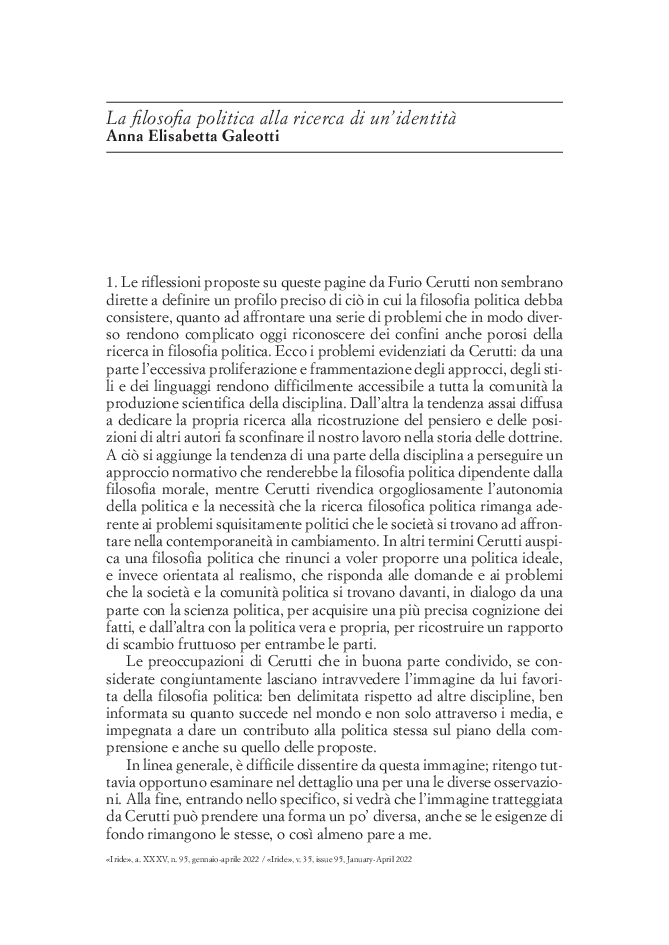