This article intends to question the impact of two British anti-discrimination legal instruments, namely the Equality and Human Rights Commission (Ehrc), provided for by the Equality Act 2006, and the Equality Act 2010. Has their implementation allowed for a change in perspective in the fight against discrimination, and more specifically intersectional discrimination, in Great-Britain? Have they helped mapping the margins? Answers to these questions must take into account the social and political instability of the country, which was first hit by the financial crisis, triggering austerity measures, and then by the lengthy Brexit process. The article thus intends to shed light on some of the difficulties the concept is faced with when put into practice. 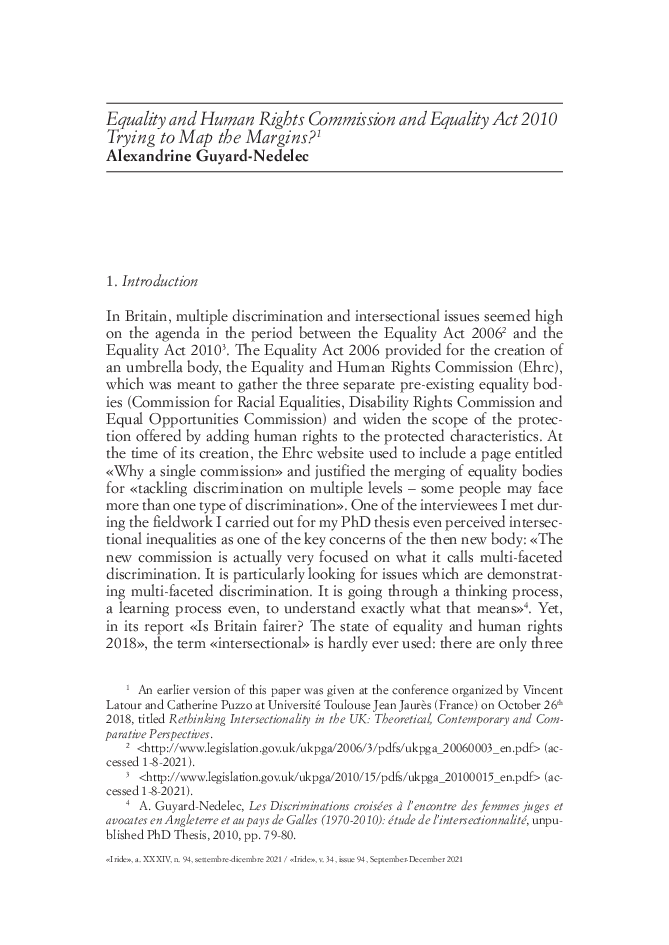