After Voltaire’s Candide, panglossian has roughly meant the belief that conflicts and catastrophes will resolve by themselves. Liberalism is regarded as the epitome of this way of interpreting the world, so much so that it has been debated how panglossian one of the key authors of liberal thought, Friedrich Hayek, was. I will analyse the meanings of the concept of panglossianism both in social theory and biology, then address the debate on Hayek’s alleged panglossianism, and finally discuss the paradoxical connection between Rawls’s criteria of procedural justice and Hayek’s theme of the «framework» 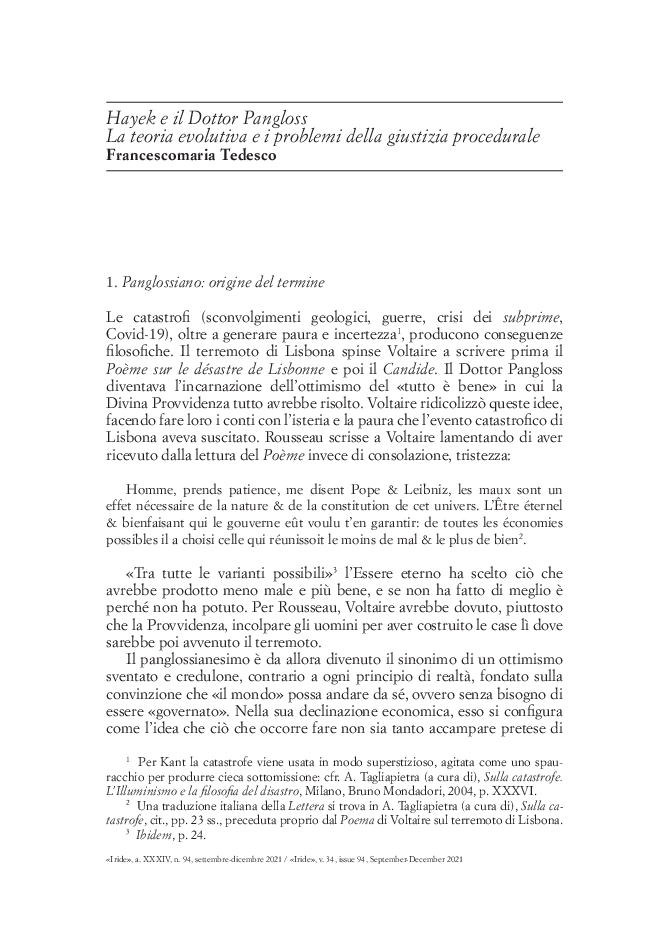