Casari’s scientific work reflects different aspects of logic and a variety of interests, but in this paper we restrict our analysis to topics in the philosophy of logic and the foundations of mathematics, as they have been developed by him over the years, mostly in the time lapse 1964-1987. Firstly, we deal with the role of ‘proof’, mainly in the light of Bolzano’s ideas. We then discuss: (i) Casari’s early work in the philosophy of mathematics; (ii) the issue of conceptually justifying set theory; (iii) the relationship between universals and sets; (iv) different styles of foundational work, as they have been isolated by Casari, especially with reference to axiomatic method and set-theoretical thinking. 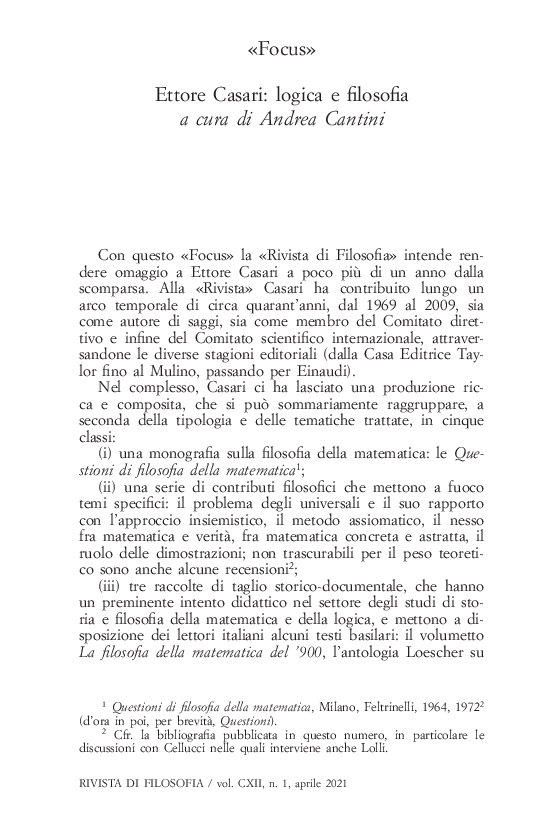