In the contemporary debate on artificial morality, the trolley problem has found a new field of application, in the “ethics of crashesµ with self-driving cars. The paper aims to show that the trolley dilemma is out of place, the context of automated traffic, not only with regard to the object of the dilemma (which human being should be sacrificed, in crashes with inevitable fatal consequences), but also with regard to the subject to whom it is up to decide. In States whose constitutional charters protect fundamental individual rights, laws have definite constraints on solving dilemmas regarding self-driving cars. The idea that crashes of self-driving cars raises extraordinary moral questions, rather than safety, transparency, caution and control issues, as any other machine, derives perhaps from the human inclination to consider anthropomorphic objects as agents, or even as moral agents. The development of autonomous machines can lead to believe that three crowdsourcing and subrogation operations, variously intertwined, are possible and allowed: of law with ethics, in the first place; of moral evaluation, secondly, with a computational model of aggregated social preferences and, finally, of human moral agency with the autonomous, unpredictable and opaque functioning of machines. 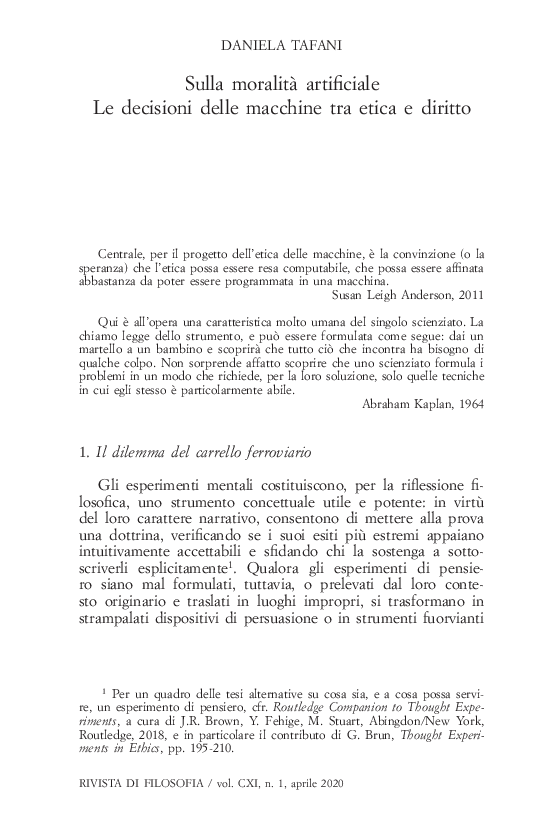