In this contribution, I introduce aspects pertaining to logical formalizations of belief, analyze some of their properties and provide an application in the context of formal epistemology. I confine this paper to static logics of knowledge and belief. In the first section, I look at the big picture of their development in the second half of the 1900s, from the early philosophical contributions to those of economists and computer scientists. In the second section, I introduce some logical properties of such systems, while in the third section I show some of the conceptual and logical issues related to the interdefinability of knowledge and belief. In the fourth section, I show how formal aspects of the characterization of knowledge and belief can shed light on an issue related to the epistemological problem of peer disagreement. In particular, I show that an example that allegedly undermines a crucial assumption of the position according to which peer disagreement has epistemic import, actually has no such impact. 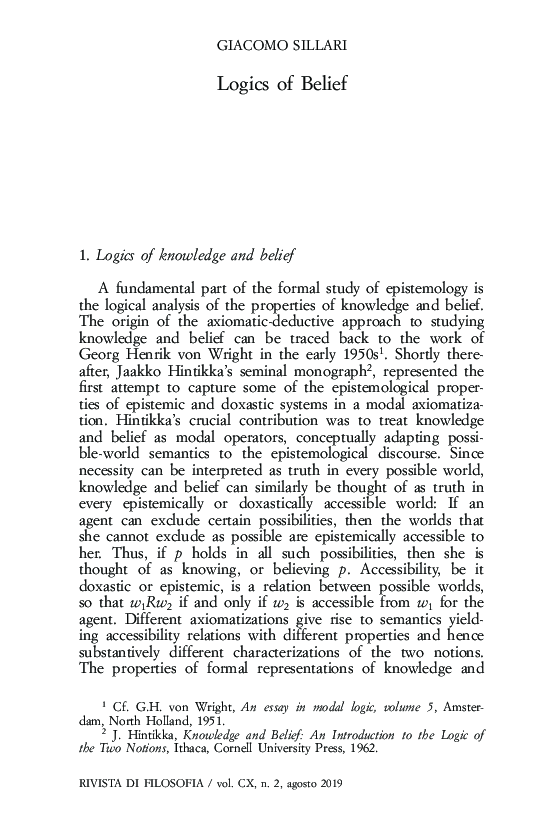