The article provides a comparison between the views expressed by Michael Oakeshott and Isaiah Berlin on political activity after World War II. The first part of the article considers Oakeshott's condemnation of rationalistic political style, and his defense of the conservative disposition, referring particularly to "Rationalism in politics" and "Political education". The second section of the article is devoted to the study of Berlin's essays on political realism, which is described as the most suited approach to address conflicts between values and ends, and to avoid the likely dramatic outcomes of utopian doctrines and policies. Throught the examination of the intellectual context, and drawing on Berlin's letters of 1950s and his later autobiographical testimonies, the conclusive part of the paper aims at prove that, despite their personal animosity and mutual criticism, the two philosophers dwelt on similar anthropological and gnoseological basis, as the affinity between Oakeshott's conservatism and Berlin's liberalism shows. For both, Oakeshott and Berlin, a successful political activity is essentially concerned, in the words of Oakeshott, with the «pursuit of intimations» inherent in a tradition of behaviour. 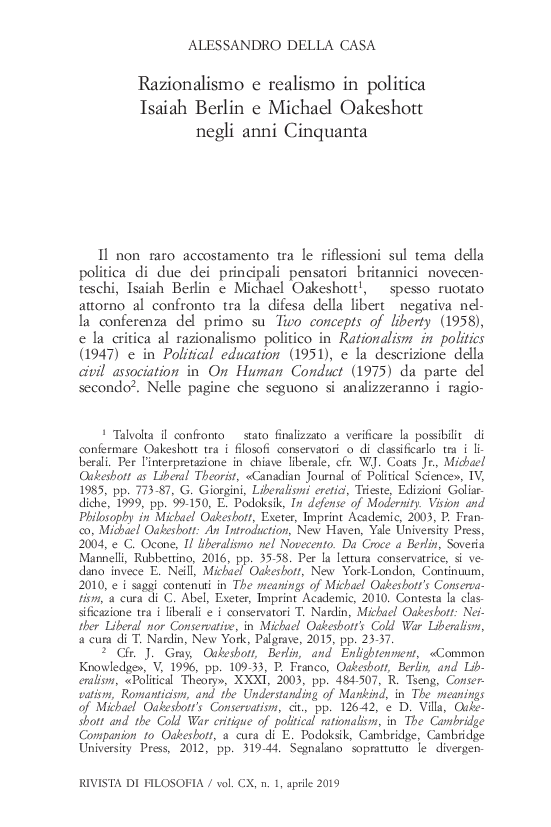