The article explores the role played by interest, which is generally underestimated by critics, in the construction of the «possible society » described by Rousseau in the "Contrat social". Interest, even if it seems at first glance unrelated to the normative plan of the principles of political law, holds a triple relationship with political society. First of all, it is the opposition of particular interests ("intérêts particuliers") that makes the social bond necessary, in order to grant natural justice. Secondly, it is the agreement of particular interests (understood as "intérêt individual" and not simply as "intérêt privé") that makes society possible. Finally, it is the common interest ("intérêt commun") that becomes the only possible object of general will, thus confirming that the social body is definitely formed not against, but through interest. In conclusion, the article suggests that it is precisely the dialectic of interest that sketches the horizon of «possibility» in which the normative project of Rousseau is inscribed. 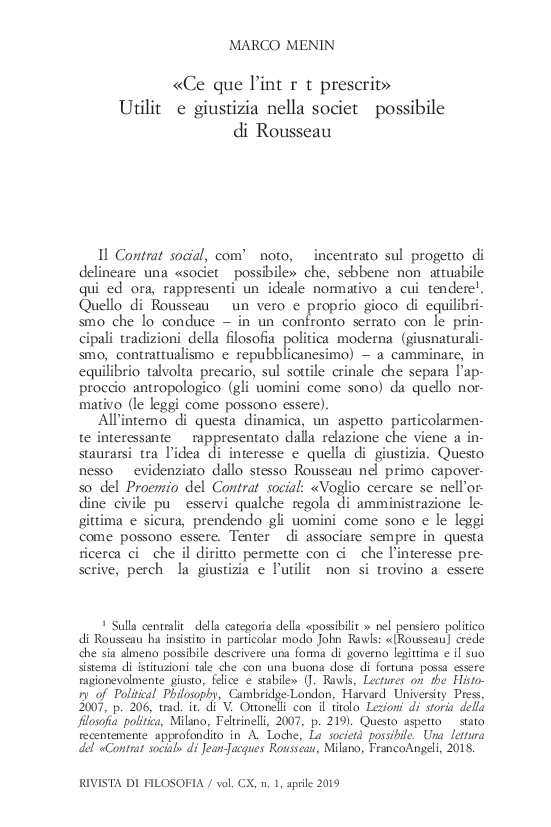