The basic premise of the paper is that the great majority of intellectuals, conforming to what had happened the rest of society, ended up to adjusting themselves both, to what the regime imposed, and to what the powerful, official ideology convinced mind and souls to believe into. The article thereby sheds new light on the biographies of two outstanding writers of the 20th-century. The aim of this work is to explore certain less known aspects of their lives under the fascist regime. The life of Eugenio Montale is put under scrutiny first, starting from his involvement in World War I to the rise of fascism, when Montale seems to have been deeply influenced by nationalism and the black shirts movement. The second part of this paper is devoted to Carlo Emilio Gadda in the late 1920s. At that time, in contrast to his previous praise of the order imposed by fascism Gadda showed a growing distrust towards Italian society, which was dominated by suffocating censorship and uniformity. Coming back to Montale the paper focuses on his rather nationalistic feelings at the time of the Ethiopian War when he showed great distrust toward antifascists whom he criticized for their disregarding the Italian necessity of colonial expansion, on the one hand, and, on the other, because they did not see the democracy's dark sides. 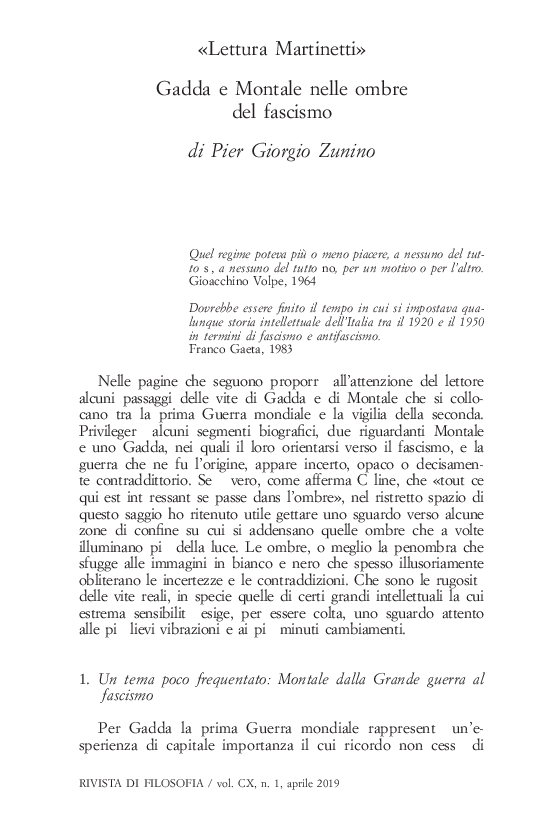