In recent debates in political and moral philosophy, the principle of desert has attracted growing attention, and an especially salient and timely question in these debates concerns the relationship between desert and equality. Are equality and desert conflicting principles, as has often been thought both by desert theorists and by defenders of equality? This article addresses this question and argues that it is possible to conceive of equality and desert as complementary, rather than conflicting, values. It argues for this conclusion by examining two opposed views of the respective merits of equality and desert. The first view holds that, if we accept equality, we must give up desert; the second that, if we accept desert, we must give up equality. After showing that neither of these views is defensible, the article concludes by offering an outline of a view that reconciles desert and equality. 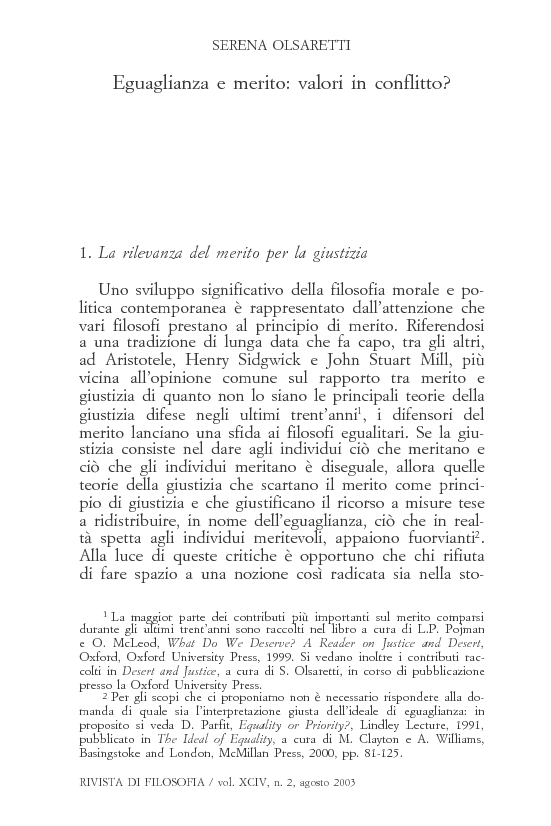